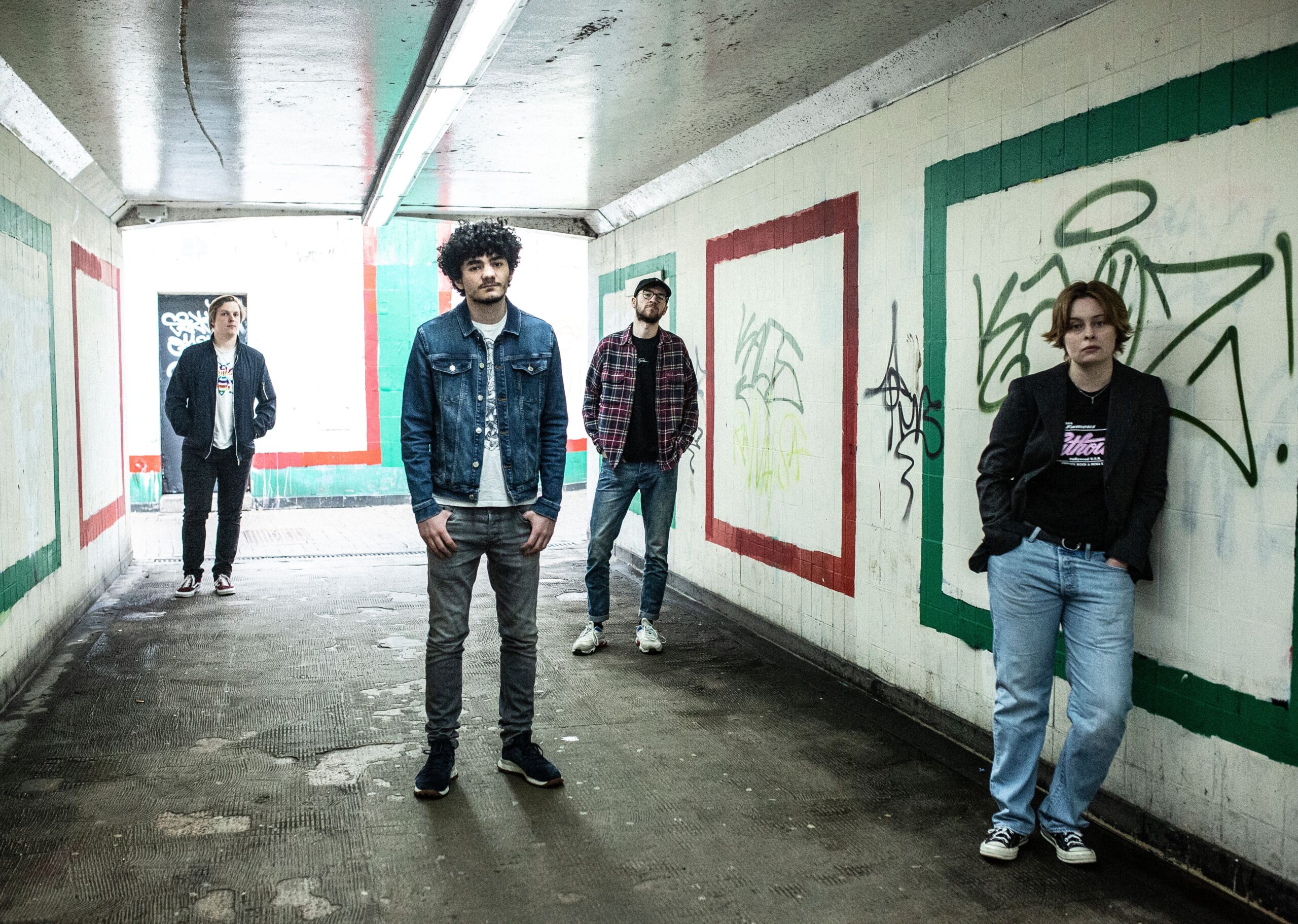 Today, Birmingham-based Five O Fives release their new song ‘I Came Around’, the lead single from their upcoming debut EP Am I On My Own.

‘I Came Around’ is the first single release of 2022 by the alt rock quartet and follows on from previous singles ‘Through The Darkness’, ‘If You Won’t Say It’ and ‘Had To Do It’. Now having honed their sound the band are ready to move on to bigger things with the release of their debut EP scheduled for later in the year.

Capturing the complicated mixture of loss and relief at the end of a relationship, this opening salvo from their upcoming EP sees the Five O Fives punch us in the gut with groove. Oozing from every kick and snare is an attitude of indifference as Bloor croons, “You got attached and then distracted over nothing but a kiss”. The piece-de-resistance of this tune is its irresistibly singable chorus. Mouzourides’ ear for ear-worms works its magic in tandem with Bloor’s vocals, and the intensely catchy ostinato is sure to be rolling round your head for the rest of the day.