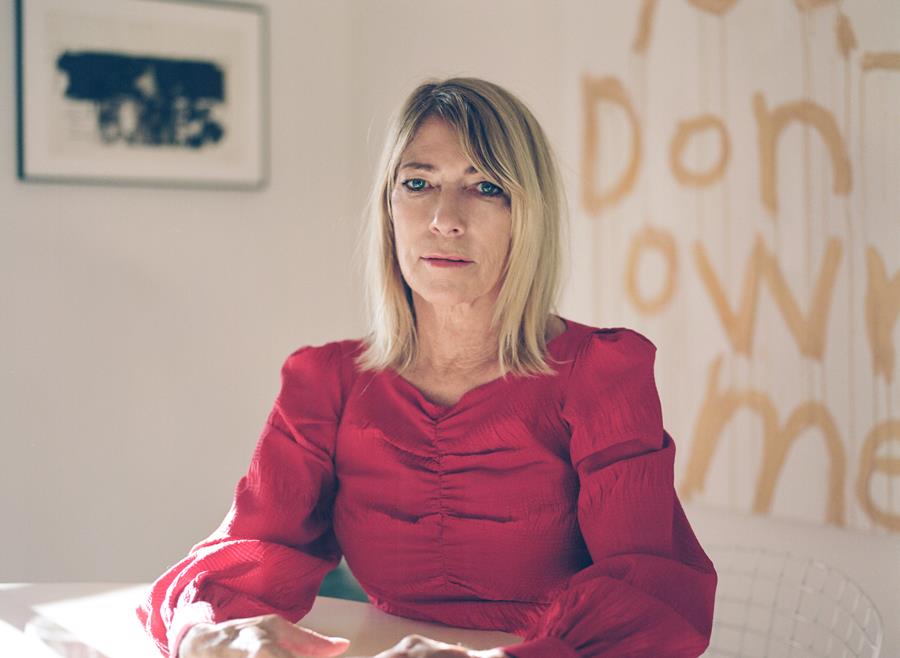 Erica Dawn Lyle and Vice Cooler release ‘Debt Collector,’ the duo’s musical collaboration with Kim Gordon. Following quickly on the heels of the enthusiastic response to ‘Mirrorball’ – the high energy earworm the duo made with Kathleen Hanna (Bikini Kill / Le Tigre) on vocals — the new track in contrast features a classic Kim Gordon vocal, creepy and cool, over a sparse, dark synth and feedback drenched soundscape.

“You’re not welcome. To the gated community,” Gordon speaks as the song begins. “We bought the block. But you gotta have cash.” Gordon says the song’s lyrics were inspired by what housing activists have called the “financialization” of housing – the trend in recent years of enormous private equity investors buying up a huge share of the entire world’s affordable housing stock in order to trade bulk real estate as a speculative asset in the global financial markets. Investors typically buy up large areas in up and coming neighborhoods, becoming absentee landlords who ignore tenants’ needs while driving up rents and displacing long settled communities.

“I’m a bit obsessed” says Gordon, “with what’s happening with these big financial corporations like Blackrock and Blackstone buying up houses, becoming landlords. They pay far beyond a house’s value, putting home ownership even out of the range of the middle class – much less working class.”