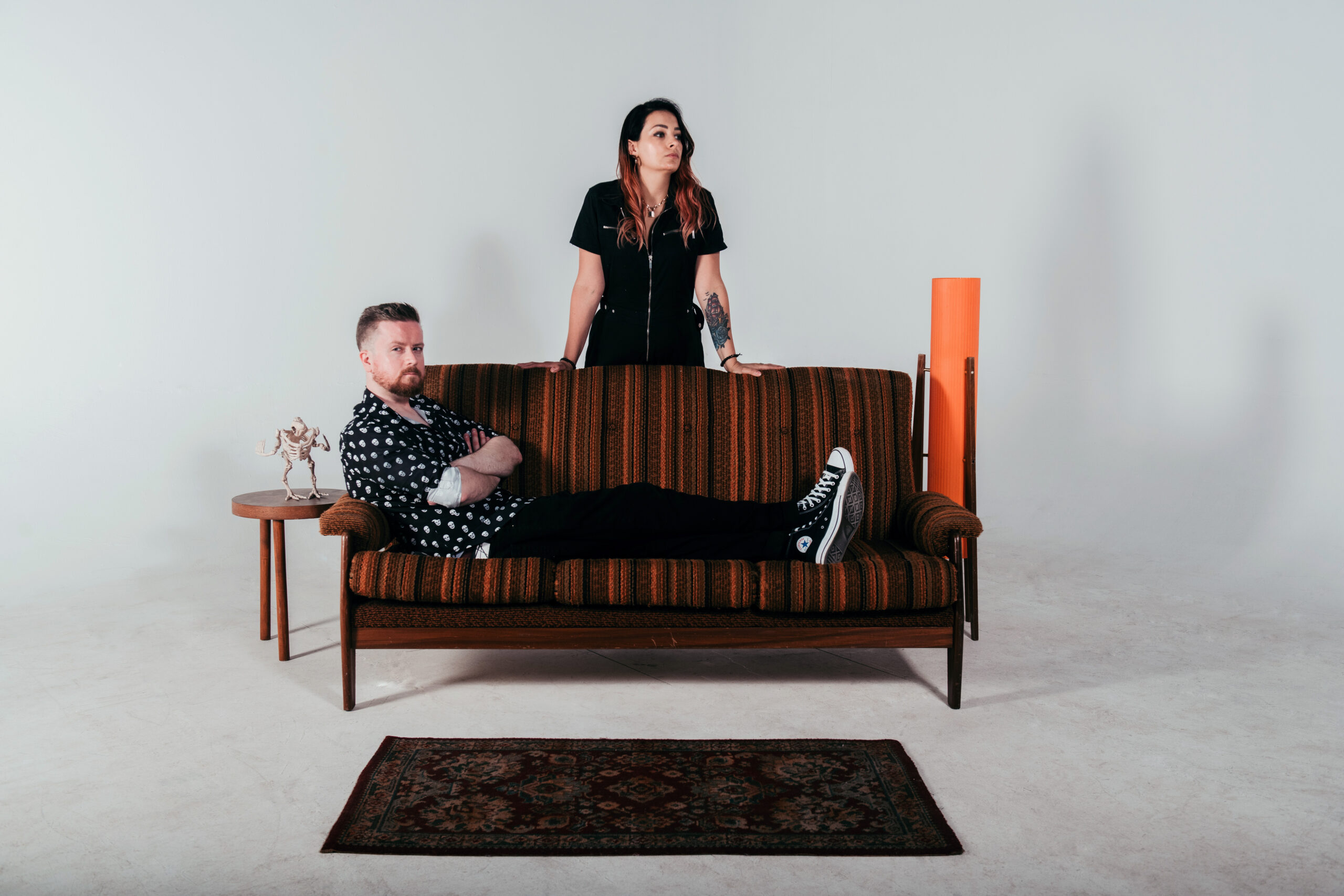 ‘Common Stream of Consciousness’ is the new single from indie punk duo Run Into The Night, their first output since the addition of Christina Cassette’s long-time friend and collaborator Andrew Riddell. Together, they channel a wide range of influences and musical styles from QOTSA to Blondie. With dark lyrical twists, experimental guitar tones and catchy drum grooves, the band, now with a new line up and sound are ready to make their musical return and embark on a co-headline UK tour in May 2022 with Jemma Freeman and the Cosmic Something.

The latest track was recorded in the legendary Castle of Doom Studios in Glasgow by Jamie Holmes and mastered by London-based Pete Maher (The Pixies, Jack White, The Killers etc). It also features additional vocals from Steven Young. The tracks concept was inspired by the human minds natural flow and never-ending thought process, and being willing to embrace what ideas and feelings come next.