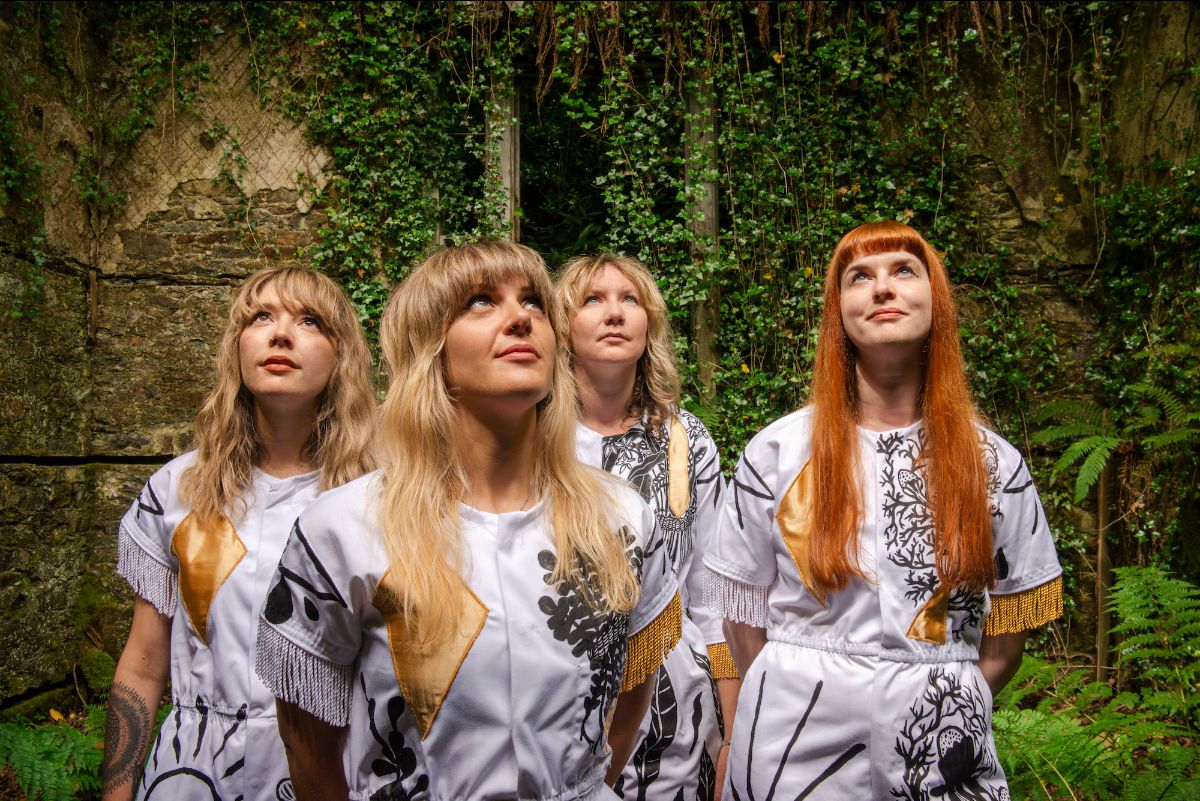 Y Gawres, the Welsh phrase that titles Sister Wives’ debut album, means “The Giantess”. It’s a record inspired by Welsh mythology, thread throughout a cavernous mix of psychedelia, folk, post-punk, garage and 70s glam rock. The band have announced that the album is set for release on October 28 via Libertino Records, sharing first single ‘Greater Place’. The track provides a glimmer of light and a danceable respite against the album’s darkness.

The album’s title is inspired by the ancient burial site on Anglesey, Barclodiad y Gawres, which translates to “The Giantess’ Apronful”. While giants are central to the nation’s folklore, it’s rare to hear of female giants. The idea led the Sheffield-based band — consisting of Donna Lee (vocals/keys/synths), Rose Love (vocals/bass), Liv Willars (vocals/guitar), Lisa O’Hara (vocals/drums) — to picture a devastating, nurturing, awe-inspiring, and most importantly feminine force of their own.

“’Greater Place’ is our love song to joy,” say the band. O’Hara wrote the chorus lyrics as a reflection on the hope and safety that the band provides. Meanwhile, Willars provided the verses as a tribute to her infant son. “My son was born a few weeks before the first lockdown and we spent the first year of his life almost in isolation. Even being alone at home during such a dark time, joy still managed to tear through,” she shares. The band add, “We wanted the lyrics to be a tribute to a lot of different emotions and discoveries in life, where there’s a giant, positive shift and suddenly our world feels renewed.”