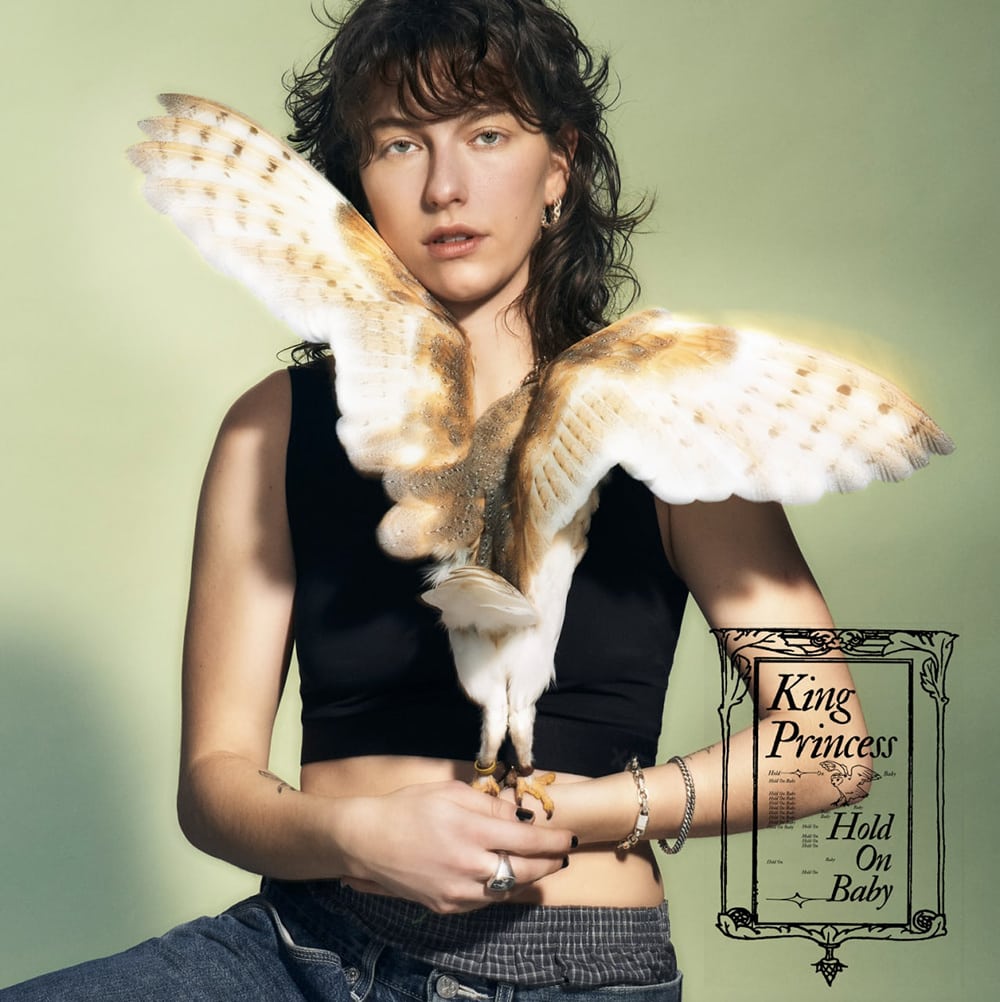 Back in March, King Princess returned with a new song called ‘For My Friends,’ with promise of a forthcoming album called Hold On Baby. Now that’s official: Hold On Baby will arrive at the end of July. King Princess produced the album alongside a ton of collaborators, including Mark Ronson, Ethan Gruska, Aaron Dessner, Bryce Dessner, Dave Hamelin, Shawn Everett, and Tobias Jesso Jr. They also collaborated with Zach Fogarty, Amy Allen, and Fousheé.

Here’s what King Princess wrote about the album: “I’ve only ever written about heartbreak. It felt easier to talk about myself through other people. To write about situations that caused me pain, and to use them to justify my own anxieties and depression. It finally reached a point where I had to turn the barrel on myself. I’m silly, I’m anxious, I’m sad, I’m sexy. I didn’t want to be scared to talk about those things anymore. The infinite dichotomy of things that make me up. I’m not a girl, not quite a boy, a lesbian, but also gay as the day is long. I’m not one thing. I’m not sure I like myself, but I’m figuring it out. Hold On Baby is a search for a new heartbreak. It’s a love letter to my girlfriend. It’s a firm read of myself. And it’s a reminder of the totems in my life that give me hope; my dog who is my fiercest companion and the owl that represents my grandparents. I want this album to give you all some strength in accepting ourselves; as chaotic as we can be. It’s not easy being alive and I feel indebted to you all for providing me air to breathe in this insane world. That’s what King Princess has always been about at its core. Making a home for us to feel safe and weird and messy and imperfect. You are not alone in your feelings. I bet you I feel and have felt the same. This album is for anyone who needs a sanctuary to be vulnerable. I’m here with you, and I love you.”

Along with the news, King Princess has shared two new songs, ‘Cursed’ and ‘Too Bad,’ plus a video that combines both of them. Watch below.

Catching Up With: Greta Isaac