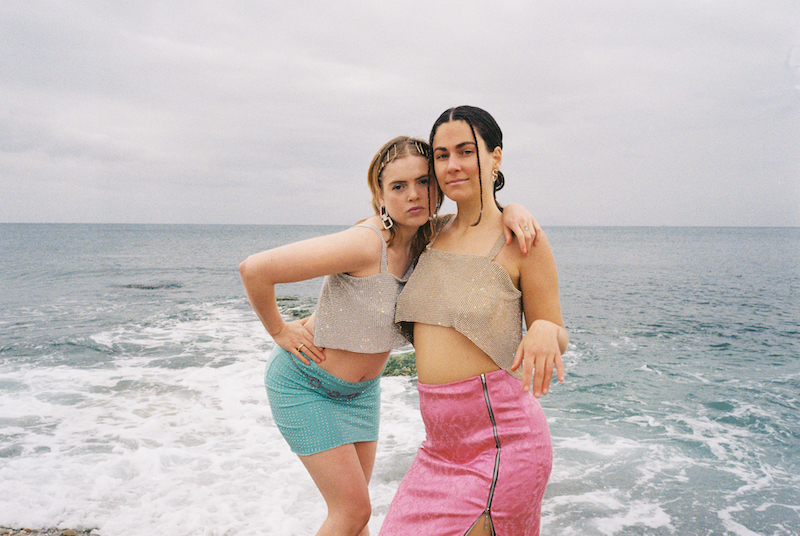 Ultraflex is an interdisciplinary collaboration between Farao (NO) and Special-K (IS) and they are sharing their new single ‘Rhodos’, which showcases another glimpse of their playful disco-pop.

‘Rhodos’ is an ode to Northern European tourists partying in the South of Europe (Mallorca, Ibiza, Rhodes etc.) It honours pink beer bellies, Smirnoff Ice and the smell of aftersun and is inspired by Ultraflex’s own experience of getting liquor poured straight into their mouths by flexing bartenders at a time in their lives when belly rings and miss sixty jeans were of the utmost importance.

In the words of the band, “‘Rhodos’ was written in deep pandemic, when we were desperately craving to party. Longing after people yelling in our ears, everyone bumping into each other, stepping on our toes and the sensation of cold beer flowing down our backs. Writing Rhodos immediately transported us to a hot and sticky beach, a place we loved and loathed equally.”