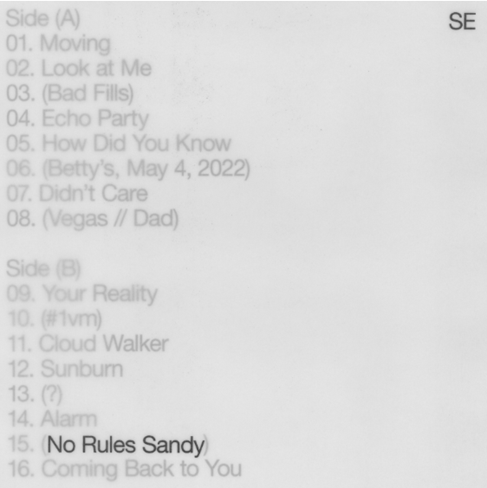 Just announced – Sylvan Esso will release their most fearless and frenetic, intimate and enigmatic new album No Rules Sandy on August 12 via Loma Vista Recordings. After surprising the audience of Newport Folk Festival in the US, with a live performance of the project in its entirety, Amelia Meath and Nick Sanborn have marked the official launch and full embrace of their next, unpredictable chapter. Defined by a mentality of directness and disregard for preconceptions, Meath says that No Rules Sandy “feels like who we actually are. It just feels like us. We’re not trying to fit into the mould, just happily being our freak selves.”

They also share new single ‘Didn’t Care’, which traces the emotional journey from a humble meeting to life-changing love, and builds on recent singles ‘Sunburn’ and ‘Your Reality’. Like much of No Rules Sandy, the song leaps from the framework of pop music into a wilder unknown, full of the loose, live-wire energy that inspired the album’s unforeseen creation.

Describing their first three albums as a trilogy that is now complete – following multiple GRAMMY nominations and countless other, crowning milestones – new album No Rules Sandy marks the beginning of a new era that is stranger and more cathartic than Meath and Sanborn have ever been.