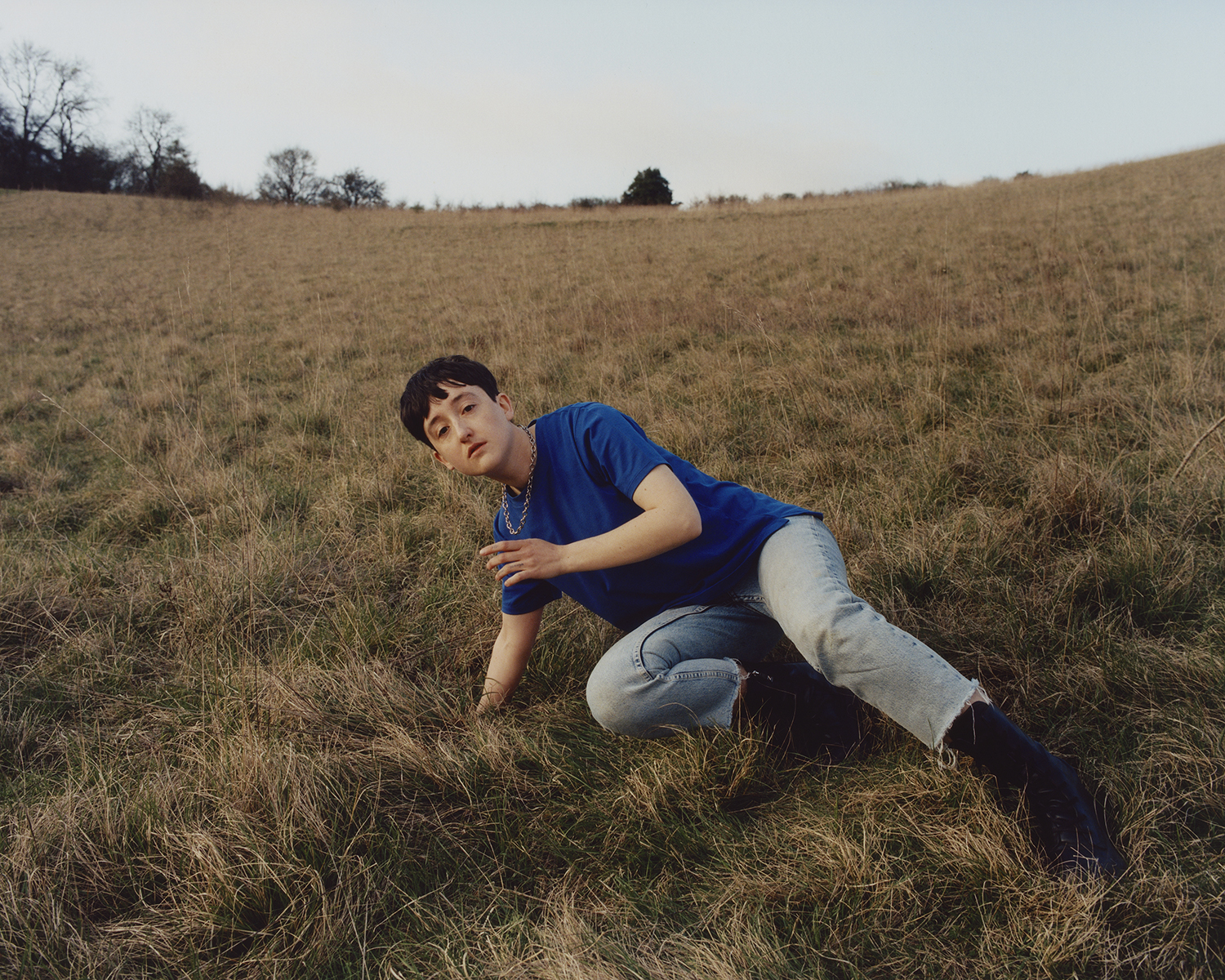 El Hardwick is a London based, trans non-binary, multidisciplinary artist whose work explores relationships between bodies and their surrounding environments, queer worldmaking practices, and how we can heal on a damaged planet. El’s conceptual work sits across music, photography, writing and video directing. Having photographed for the likes of Vivienne Westwood, Adidas, Little Simz, Laura Marling and many more, you can find El’s photography in places like Vogue, Crack, Dazed and i-D to name a few. In addition to this, their music video directing has found them collaborating with many established artists on fantastic videos such as Let’s Eat Grandma’s ‘Hall of Mirrors’, Dream Wife’s ‘Hey Heartbreaker’ and Porridge Radio’s ‘Lilac’ amongst many others.

Despite collaborating with many acclaimed musicians on their aesthetic, El’s music is established in its own right. Renowned for their work under the moniker of Moonbow, they recently released their debut album 8 via 33-33 (Ryuichi Sakamoto, MarkFell, Keiji Haino), their first release under their own name. June 2022 will see El releasing a remix EP of the album featuring contributions from 96 Back, Nailah Hunter, Tiiva and Laura Misch.

El now returns, with new single ‘Body Memory’ featuring highly acclaimed experimental cellist Mabe Fratti via Desire Lines (a multidisciplinary entity created by El that centers around community healing at the intersection of music, art and ecology). Both Mabe and El first began to collaborate back in the first pandemic of 2020, when El asked Mabe to contribute to Desire Lines Vol. 1 alongside the likes of Nailah Hunter, YaYa Bones, Kìzis and more. This was the first project to come out on Desire Lines and was designed to create a collaborative, queer space, that heals through connecting with nature and music.

‘Body Memory’ is an enchanting sonic deepdive into the conflicting feelings experienced after a break up, embracing the glimmers of hope that shine through the darkness, when healing starts to appear. El on the single: “At the end of 2020 I was in a very dark place. Then in January 2021, I went to a park nearby to meet up with my friend Jo for the first time in a couple of years, as he had recently moved to London. The park we met in held a lot of significance around a relationship that had just ended for me, and this heartbreak is a large source of the darkness I was navigating at that time. I hadn’t been back to that park since the breakup as it felt deeply triggering. Connecting with Jo that day, I immediately knew that a very special friendship was beginning, and the old memories of the park were replaced with new hope. As I cycled home, I started singing a melody: “New memory, write over the body memory”. I immediately sat down and started recording. The resulting song looks at creating new memories over old painful ones, and particularly how that relates to my experience of body memory and dysphoria as a trans person. I then asked the hugely talented Mabe Fratti to play cello on the song, and it felt very fitting for Jo to mix it. It was mastered by the wonderful Dominic Clare at Declared Sound.”