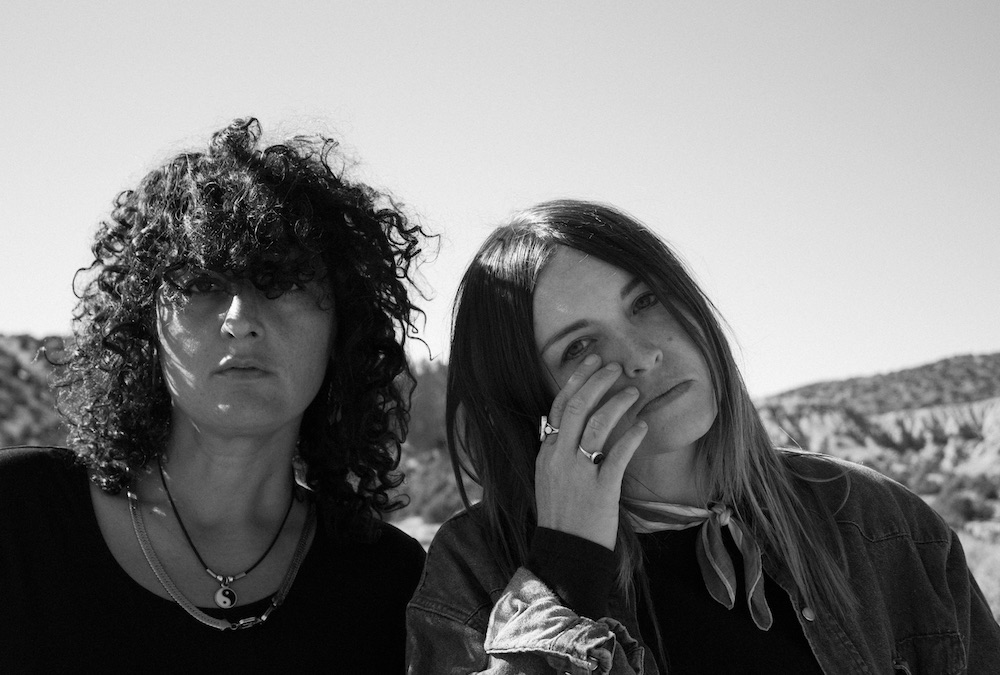 Tan Cologne is the duo of Lauren Green and Marissa Macias, based in Northern New Mexico. The two artists work in tactile and sonic modalities inspired by both earthly and otherworldly landscapes. Tan Cologne often explore the mysteries and oddities of New Mexico, alongside spatial inner-workings of growth and spirit.

“The song carries a memory of surfing in a red tide algea bloom with the waves flickering and illuminating the ocean energy” the band explain. “We wrote the song beside an arroyo, a dry river bed, in Ranchos de Taos, New Mexico. The sides of the arroyo walls are shaped like curved waves – reflecting the experience of tidal and earth transformation, and how the desert land was once ocean.”