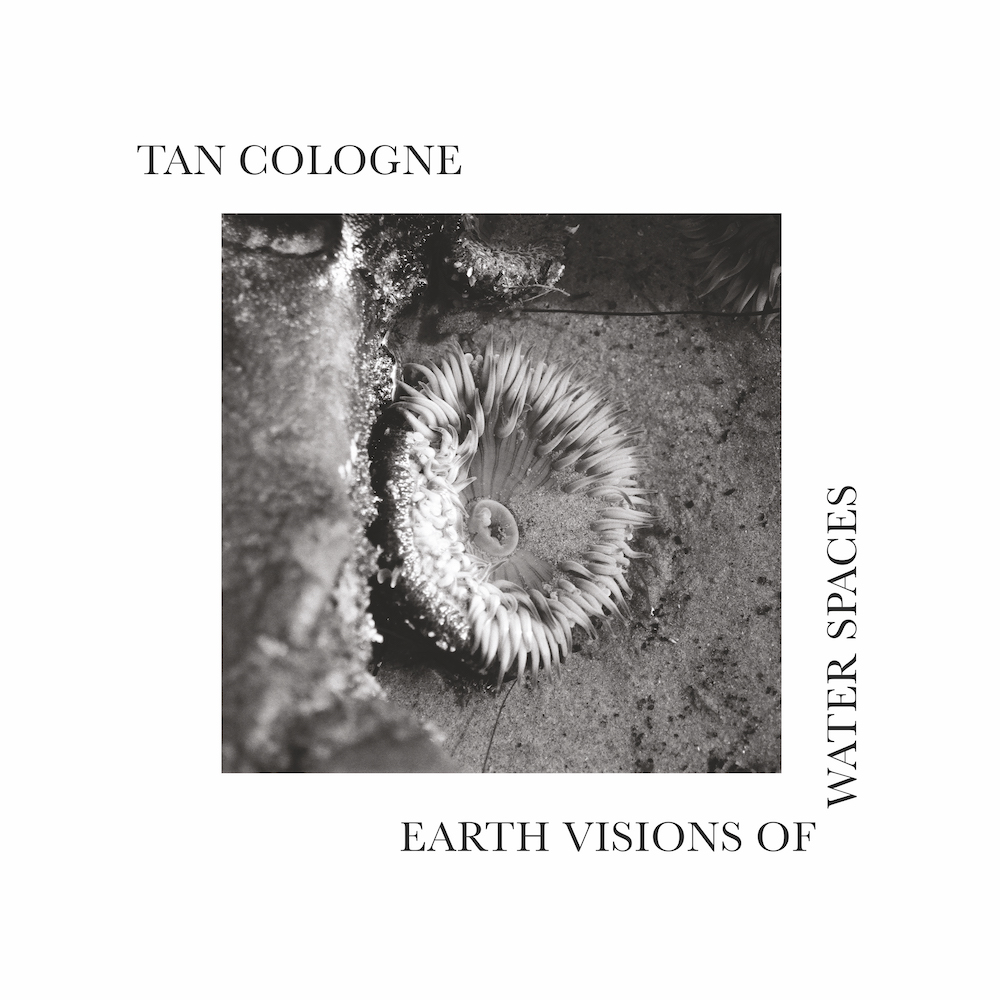 Listening to the ethereal, spangled, psychedelic grandeur at the heart of Earth Visions Of Water Spaces, it feels appropriate that Tan Cologne reside and record amid the sparse, almost lunar landscapes of Ranchos de Taos, New Mexico. Their weightless songs appear to defy gravity, with the voices of Lauren Green and Marissa Macias floating in an empty sky while guitars shimmer on a distant horizon. That said, these same songs feel fluid, almost aqueous, their evolution unhurried as they ripple gracefully towards the skyline. It’s no surprise, therefore, to discover the album’s central theme, one highlighted by its name and more than a few of its song titles, because it’s inspired by something precious to all who live in such environments.

“We would like listeners to feel they are submerged within or near the presence of water,” the duo says. “The entire album is about water: droplets of water, atmospheric exchanges of water, and the transformation of Earth by and through water. We were drawn to this through finding shells within the desert landscape. We also read a story in the newspaper about a 300-million-year-old shark fossil found in the mountains in New Mexico thirty miles southwest of Albuquerque. There’s a lot to consider in reflecting on where the Earth’s path has been, and where and what it may be, water of course being the vital experience for existence.”

New single, ‘Floating Gardens’ is about shallow depth ecosystems of water and was inspired by the ancient Aztec gardens of Mexico City known as Xochimilco. They comment: “A shimmery glide on the surface of water recalling past civilizations, the song tells a story of a “skin of water” covering the Earth and transforming the landscape into grasslands. We focused on imperfections and inter-dimensional existence.”

Speaking on the accompanying video, they add: “We dreamed about making a video that followed a pathway of Creation, Connection, and Observation and centered it around the portal of surfing. We filmed these interactions in California through family, friends and lagoon bird life. The music video features Pat Lennon, an old school surfer, woodworker, musician, and surfboard shaper. We also followed good friend Fino Burgos in their playful connection to the element of water through surfing. We were inspired to relay these small vignettes (I, II, III) to communicate spiritual devotion to water.”