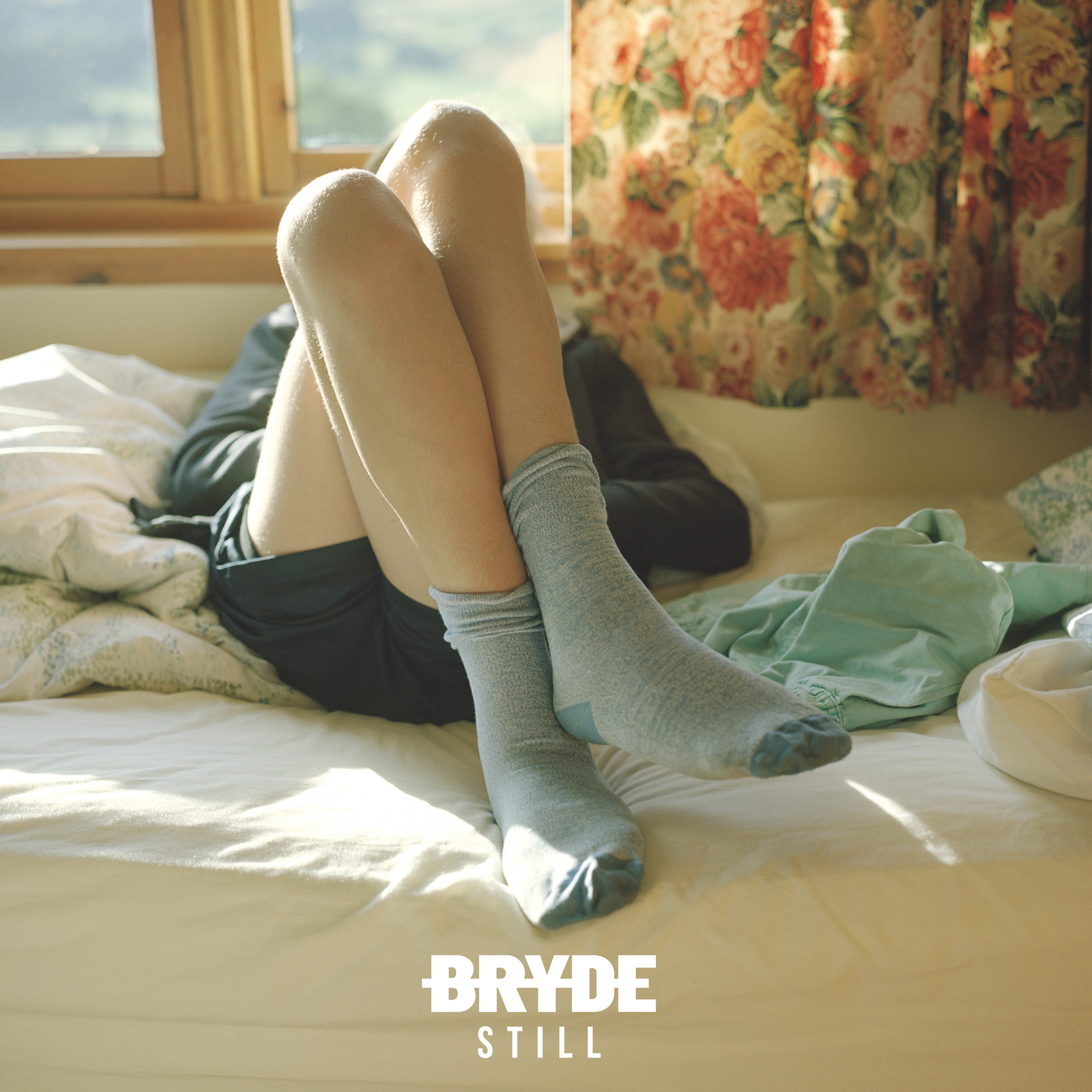 Still is the third album from BRYDE (aka British guitarist, songwriter, and vocalist Sarah Howells) who crafts songs which possess both a world weariness and youthful vulnerability simultaneously, wrapped in the lush soundscapes created with her dreamy adept guitar, pulsating drums, and achingly tender delivery. For fans of artists whose music offers up a gentle, haunting melancholy rich in emotion, such as The National, Jeff Buckley, Cat Power and Taylor Swift.

BRYDE says of Still, “It’s about love. Different kinds of love” (as the bracketed song titles hint). However, do not expect an album full of Romcom cliches, for Still is a deep psychological ride, one that celebrates the importance of love but also breaks down our societal pre-conceptions of what it can and should be. As BRYDE expands “So many love songs glorify the idea of throwing yourself at someone, the drama and pain of love, I wanted to explore healthier ways to think about love and start a conversion about it.”

Still was recorded at Strongrooms, London and produced in the main by BRYDE and Jim Wallis, with the exception of ‘Hill I’m Dying On (unrequited)’, ‘Dancing in the Middle (romantic)’ and ‘Headlong (cosmic)’ which were produced remotely via North Carolina by lifelong friend and musical collaborator Max Jury, alongside Stacey Harden; and ‘Algorithms (cyber)’ and ‘Conversations (conditional)‘ which were produced by Danny Morgan Ball remotely via Belfast.

We asked BRYDE to do an in depth track by track breakdown of Still for us. Read it below.

An algorithm is a set of rules to follow in order to solve a problem. At times life has regrettably felt to me like a problem to be solved. This story is a surreal story about the treacherous terrain of online dating with its familiar combination of hope and disappointment. Like checking a real life notification. An ode to leaving behind the games of that digital world. And in the meantime being a bit freaked out by the adverts for random things that follow you around the internet after you mention them once.

A classic story of unrequited love. Wanting someone who is emotionally unavailable. This song was the instigator behind the concept of the album. I’m trying to approach everything very differently these days so couldn’t be this openly invested in the drama of wanting someone I couldn’t have, without splashing a disclaimer across it. And so the idea of naming the different kinds of love came about.

The soundtrack to a long, liberating drive away from a depressing situation. Once out of town, I love driving. For me it feels empowering and absorbing. This song is about learning what makes you tick, what makes you feel alive and what makes you feel depleted. It’s about rolling with the punches and learning to let go and play along when there’s nothing else you can do.

Divine Love doesn’t have to be a religious idea. God can be the universe or the Earth or the stillness inside you. Divine love can be another type of self love, unconditional and infinite. My definition of it is Self Acceptance.

Dancing in the middle

This one is pretty self explanatory. It’s probably the most direct love song I’ve ever written.

This is the most personal song on the record. It’s my only real lockdown song and it’s about a lethal combination of London sunshine, cheap wine, and dopamine.

A story about falling in love with poetry and the cosmos at the same time.

I think I was trying to cram everything I’ve learnt about love, psychology and spirituality into one song here. The biggest lesson for me was to let go of judgements and realise that there isn’t going to be a one size fits all solution to human suffering and whether you find your way through via Buddhism, Allah, Ram Dass or Oprah, every path, mode and iteration holds truth. The end of this song is like a mantra to non-judgment.

It’s about knowing someone, their flaws, their annoying traits, make-up free and hair unwashed and wanting them anyway. It wants nothing but the best for that person and is never jealous of their achievements. For me, love is doing things that you know will make your love smile. I had several muses making this album but have only recently found someone to actually apply this to.