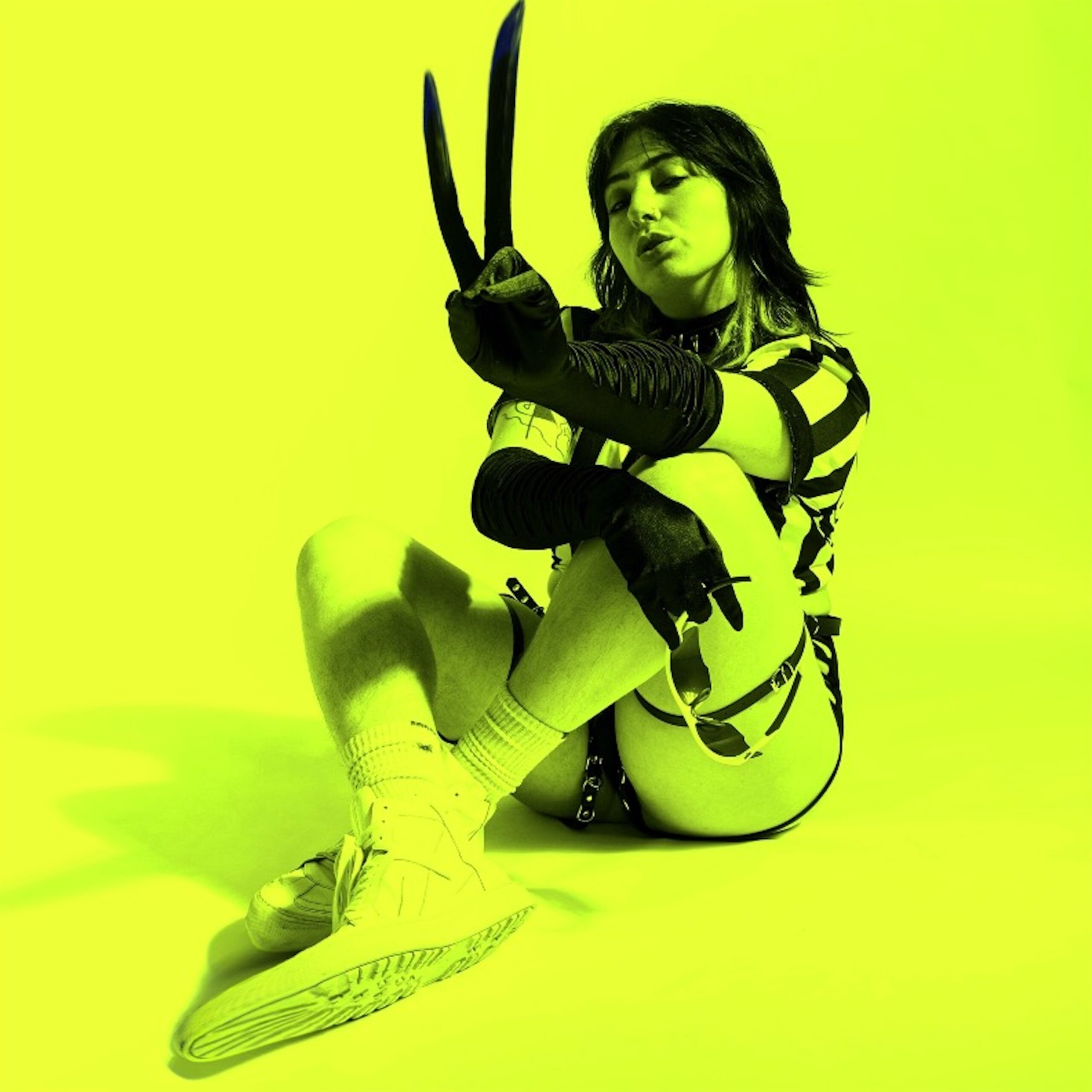 Boy Jr. recently released their debut album Pay Attention to Meeee on all streaming platforms. The album is jam-packed with nine extraordinary tracks filled with experimental and beat-driven instrumentals. The album includes previously released singles; ‘HEY SORRY,’ ‘CHARTREUSE,’ ‘MEET ME IN THE MIDDLE,’ and ‘NARCISSIST BABY.’ They are able to mesh all these unique genres and sounds together, creating Pay Attention to Meeee. The album will take you on a journey that focuses on crushes, love, and relationships.

Boy Jr. is the songwriting/production project of Erica Allen-Lubman (she/they). Allen-Lubman has established a consistently viral internet presence through original music and artist-crossover mashup covers that are both catchy and creative while staying true and personal. While Boy Jr.’s charming, energetic indie pop-rock flourishes from Allen-Lubman’s academic music production background, the immense genre versatility is the project’s backbone.

We had a chat with the artist all about the new album, their creative process, what they have planned next and more. Read the Q&A below.

Hi Erica! How are you? What does a typical day look like for you at the moment?

“Hey, I’m good thank you!! Lately, a typical day starts with either my cats coming to find me or me coming to find my cats. Breakfast and coffee and work of some kind either working from home part-time or working on various Boy Jr. business-y things. Somewhere in there will be some exercise, rollerblading on extra nice days, music/ video creation, and putting out small fires in my brain.”

You’ve just released your new album Pay Attention to Mee. What can you tell us about the record? How does it compare with your previous releases and what do you hope fans/listeners take way from it?

“I can tell you that Pay Attention To Meeee is going to be a really fun way to release some kinda angsty pent-up feelings. It’s eclectic. It’s self-produced. It’s a lot of me experimenting with funky production ideas in hopes of making the kind of song I’d wanna listen to. I hope people take away both the joy and the attention to detail (and the joy of putting in and paying attention to detail).”

What was your creative process for the record? What did you enjoy most about it? Were there any challenges?

“A lot of the songs were started in one chunk and finished in another chunk or two. I’d do a lot of messing around and building the track in Logic, sometimes writing just on guitar, and hash out whatever was eating at me that day. Then come back to finish verse two and design the rest of the song structure maybe months later. A big challenge with this way of doing things is just how insular it can be. I’ll try to make changes to the way one instrument sounds or the vocal melodies or something so specific for so long, I don’t even have a sense of the big picture anymore. I can make myself feel very isolated in my ideas but then come back to them and feel like I’m a fresh person collaborating with myself!”

What else is next for you? Any shows coming up? Which of the new songs are you excited to debut live?

“YES! My album release show/ party is happening in Buffalo, NY on the same day as the album release, June 24! Then, I’m going on tour with KOPPS and Jack West in July and I’ll be playing a bunch of cities I’ve never been to! I’ve done it live a small handful of times but I’m really excited to play ‘Hey Sorry’ live more. The vocal part is really powerful and I just go ham when the instrumentals come in at the end.”

Finally, if you could change one thing about the music industry today, what would it be and why?