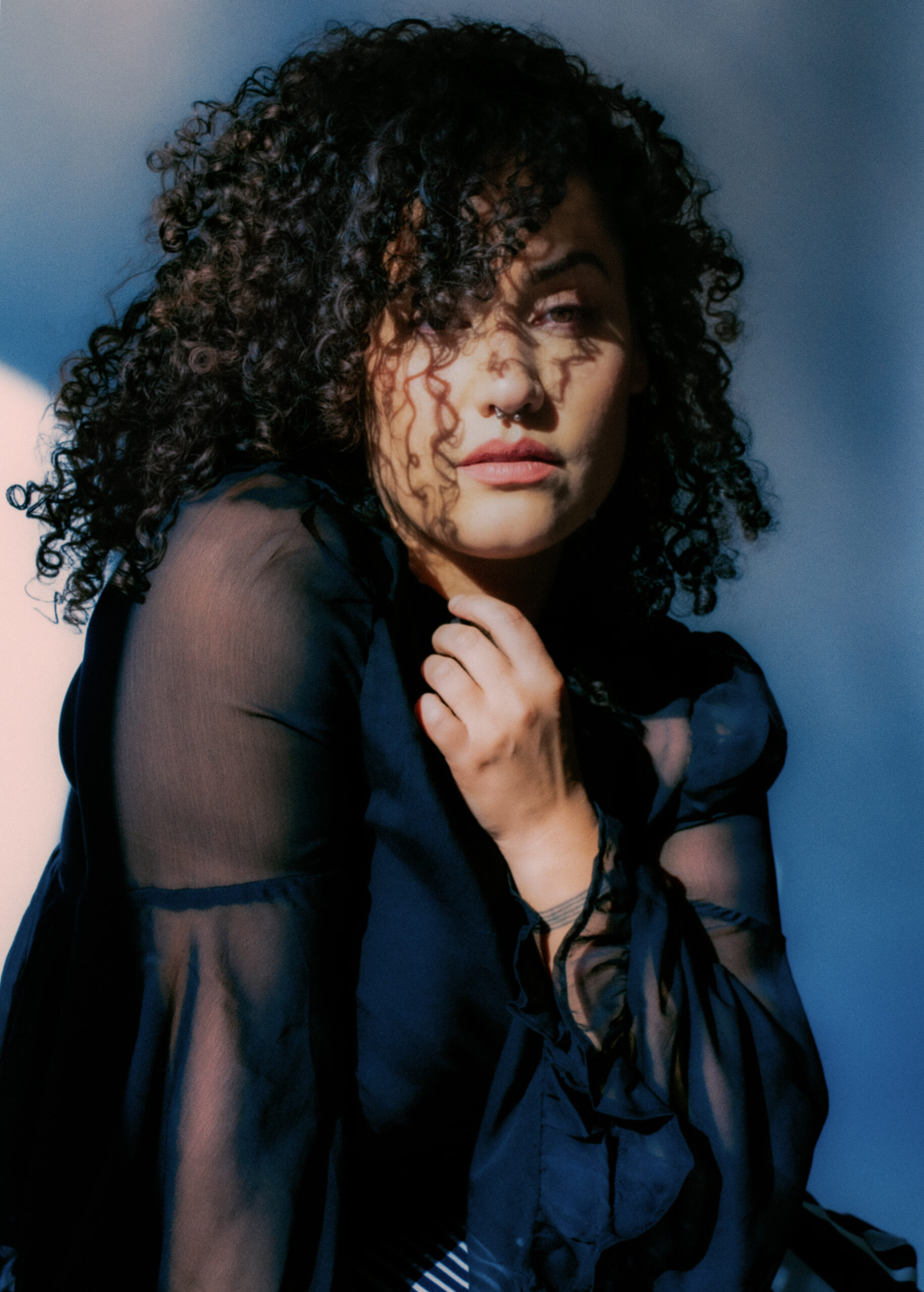 Internationally acclaimed singer-songwriter I Used To Be Sam (aka Annie Goodchild) announces their self-titled EP, set for release on September 16. I Used To Be Sam also shares their last single, ‘Grateful’.

An apt final single before the release of the full record, ‘Grateful’ is a song of reflection; for the work that she has done to get here, and also a thank you to the people in her life who have helped her get to this point. They continue, “my chosen family has really stood by me throughout this process, both artistically and personally. So I needed to have a song that was a ‘thank you’ to them and that part of myself. The other aspect of this song is about being ready to walk away from my own damaging cycles, and other’s toxicity. I feel like I have enough perspective now to start seeing how some of my trauma responses attract toxic and manipulative people and thought patterns. And that’s something I not only want to change, but also need to change to keep evolving.”

Previously known for her work as Annie Goodchild and as a featured singer in the musical collective Postmodern Jukebox, the new project sees a shift in musical direction for the multi-faceted artist, as well as a deeply personal exploration of their identity and adoption journey. The devastation and passion pours out of every track on this complex and enchanting record.

On a gruelling songwriting trip to Berlin in 2020, I Used To Be Sam had a life changing experience working with a queer, female, POC producer. Up until this point, they had primarily only worked with white men, given the lack of diversity within the music industry. However, after meeting this new producer, who they more closely identified with, I Used To Be Sam felt comfortable enough to open up about their adoption story, speaking candidly about meeting her birth father for the first time, and the agony of trying to reconnect with her biological mother which was met with hostility and rejection.

Following this life-altering moment, I Used To Be Sam became impassioned to use their music as a vessel to bring people with shared experiences together, and to open up the narrative around transracial adoption from the perspective of the adoptee, which is very rarely heard and explored. She has created a community with other transracial adoptees (TRAs), many of whom she has interviewed for this project. Fragments of their stories can be heard throughout this new record.

We sat down with the artist to discuss their music, creative process, daily life and more. Read the Q&A below.

Hi! How are you? What does a typical day look like for you right now?

“Hi! I’m doing well, thanks. I’m an aggressively active dreamer and usually wake up tired, so having a comically large cup of coffee is how I like to start my day. I usually have a few hours of PR and other computer work to do, which I like to get done earlier on. Then having a little bit of time everyday to sit at the piano or guitar and just flow around a bit in music is really important to me. Even if I don’t compose anything or anything good. I do yoga and meditate in the evenings and end my day with some coconut ice cream.”

Your new project I Used To Be Sam is an exploration and personal recount of your experience as a transracial adoptee and a queer, non-binary person of colour. It must be pretty scary putting something so personal out into the world.

“Growing up, I didn’t have any art or music that mirrored my own experiences. The weight of the emotions I held were really hard to carry on my own. I think adoption can be a very lonely experience. For a very long time, I never spoke about being adopted, and I certainly never wrote any music about it. A couple years ago I took one of those DNA tests and connected with some of my birth family. Someone was able to contact my birth mother but she made it very clear she wanted nothing to do with me in any way. It was my worst case scenario. I was heartbroken and I think it’s a wound that will never fully heal. But I also knew I couldn’t hold that on my own this time. That pain was the catalyst I needed to create I Used To Be Sam. Samantha, I confirmed had been my birth name. So in some ways I guess I’m sharing this project now because I needed it.”

You’re gearing up to release your self-titled EP. What was the creative process like for the record? What did you enjoy and what did you find challenging? Who were you listening to/what were you taking musical inspiration from around the time of writing it?

“I wrote and recorded the bulk of this EP in the small bedroom studio of Novaa, my project’s producer and collaborator. Some lines and chord progressions etc were written at home but most of the sessions started with long conversations about my experiences and what I was feeling, and then figuring out how to communicate that as honestly as possible via song. I really enjoyed that small and intimate setting I got to write in, and I think just dealing with the subject matter is what made the process a bit slower and more challenging. At the time, I was listening to a lot of James Blake, The Breath an Irish Folk Band, and Max Richter.”

What is one message you would give to your fans/listeners?

“Create the boundaries you need for your own growth.”

Finally, what else is next for the I Used to Be Sam project? Any shows coming up?

“Thanks so much for having me. My EP is coming out this September – which I’m really excited about, as well as a RedMoon Collaboration this summer. I also have a big release show at Kaserne in Basel, Switzerland, September 17, with a choir who will be singing the entire EP through with me. I love creating backup vocal parts, and can’t wait to finally have them performed live. I’ll be posting live performances and collabs on all the socials, so I hope to see you there.”

Tags: i used to be sam, singer-songwriter