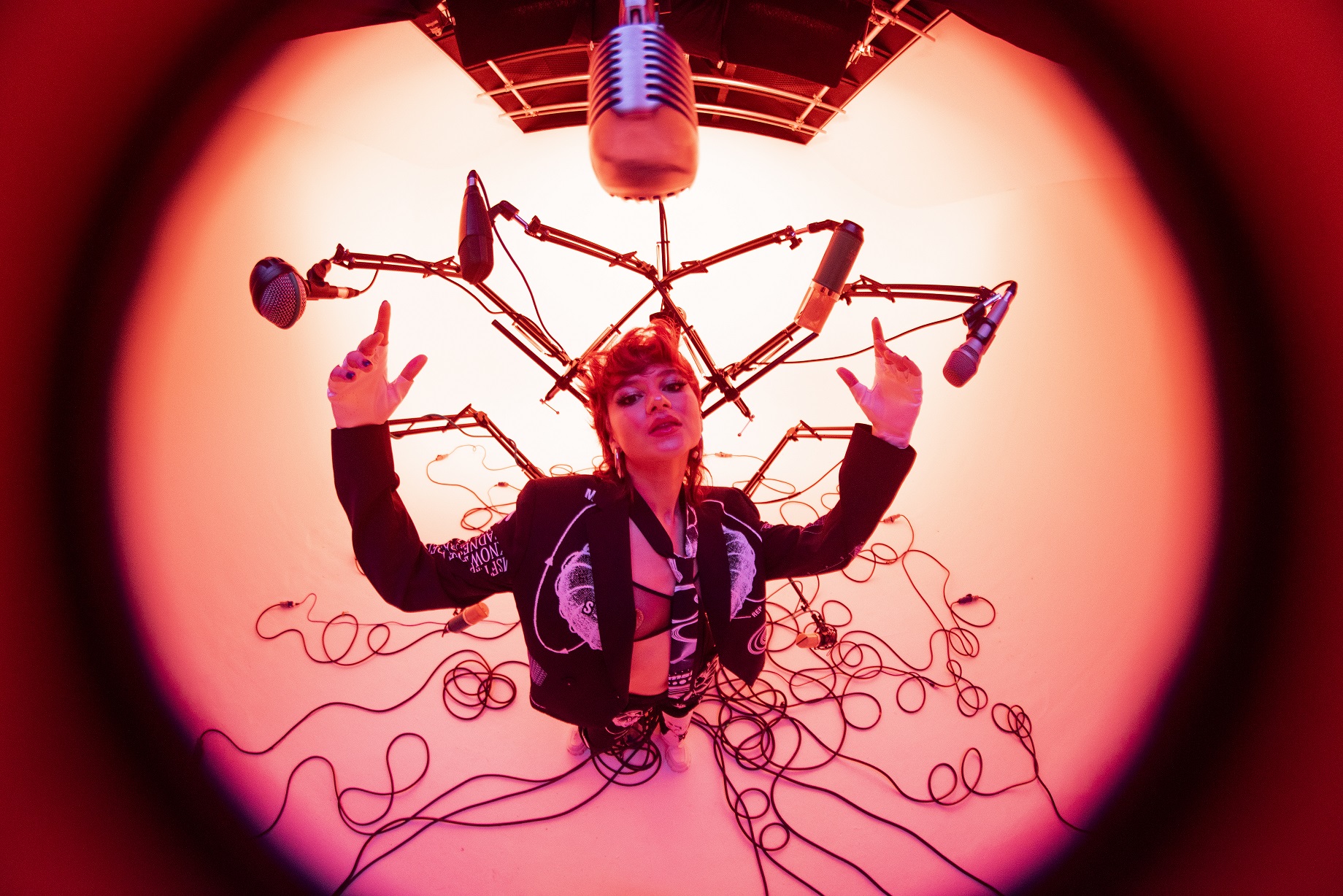 London-based songstress and neurologist Lina Maxine releases her debut EP, MIND GAMES. Not to do things by halves, Lina partnered with Other World, a leading Virtual Reality Experience venue in London, to launch MIND GAMES EP into the metaverse. Collaborating with Lina, they have built a bespoke VR world that incorporates music from the MIND GAMES EP to be discovered within the virtual space, giving fans the exciting opportunity to experience up to 6 immersive worlds.

Spanning six tracks exploring themes such as self-worth, romance and revenge, the EP includes previously released singles ‘RUBIX’, ‘SHALL WE?’ and ‘MANGO’. The process of writing and recording MIND GAMES was a sort of cognitive intervention for Lina, as the world was falling apart. She hopes she can facilitate the important conversation about how music can be a tool for healing, and uniting people.

We had a chat with Lina all about MIND GAMES, her musical background, creative process and more. Read the Q&A below.

Hi Lina! How are you? What does a typical day look like for you at the moment?

“The day starts with a triple espresso ahah. Things are a little hectic between meetings and rehearsals. I try to fit at least half an hour of practice on bass everyday to keep the groove flowing and to give some rest to the mind. Every night there’s a heavy emphasis on skin care, a soothing face mask can do wonders.”

For the readers discovering you here for the first time, please tell us about you. How did you get into music? Who did you grow up being influenced by?

“As a millennial growing up, I worshiped my parents’ collection of late 90s-early 2000s rock CDs, with bands such as Linkin Park, Papa Roach, Evanescence helping me unleash the raspiness and edge in my voice. At the same time, performing covers of Billie Holiday, Frank Sinatra, Peggy Lee amongst other greats, with my college jazz band at Brown University in the US, inspired a more tender approach though emotional storytelling in music. Production-wise, I look up to the current pop rock, progressive rock and metal artists, such as Imagine Dragons, Polyphia, Unprocessed Band, Tosin Abasi, Ichika Nito to name the few — who are so meticulous about their forward-thinking and structurally tight song arrangements. Billie Eilish, of course, is another big inspiration, especially her delicate emotional approach and original production. Like her, I continue to nurture my own uniquely recognisable sound.

“Funny enough, I began writing my album as I was finishing my master’s dissertation in neuroscience during the pandemic. Whenever I needed a break or got stuck, in a tab next to my draft, I started putting down some fun lyric ideas and humming some melodies into the voice recorder. Before I knew it, I had pages of rhymes and metaphors, which I arranged into melodies, that became MIND GAMES.”

Speaking of MIND GAMES, what’s the record about and what does it mean to you? What do you hope listeners take away from it?

“Releasing the EP is a significant turning point for me — working on it was a kind of cognitive therapy as the world was falling apart, and I hope it will be the same for my listeners: I believe that art and music are such a powerful resource. I want to be able to facilitate conversations about how music can be a tool for healing, bring people together and be a kind of messenger of emotion. It helped me in many ways, and through MIND GAMES, I would love to bring together a community of my own.”

Please take us through your songwriting/creative process for the EP.

“It starts with a bass line. I always try to make it catchy, quirky during choruses and incorporate the slap-bass technique. The and in verses to be uber structural and feisty like in Arctic Monkeys. Once I have the bass line – the rest kind of creates itself, not sure there are any specific guidelines other than staying tight on the arrangement and placing the vocals always at the forefront, as if it were a voice in your brain.”

Finally, what else is next for you? Any shows coming up?