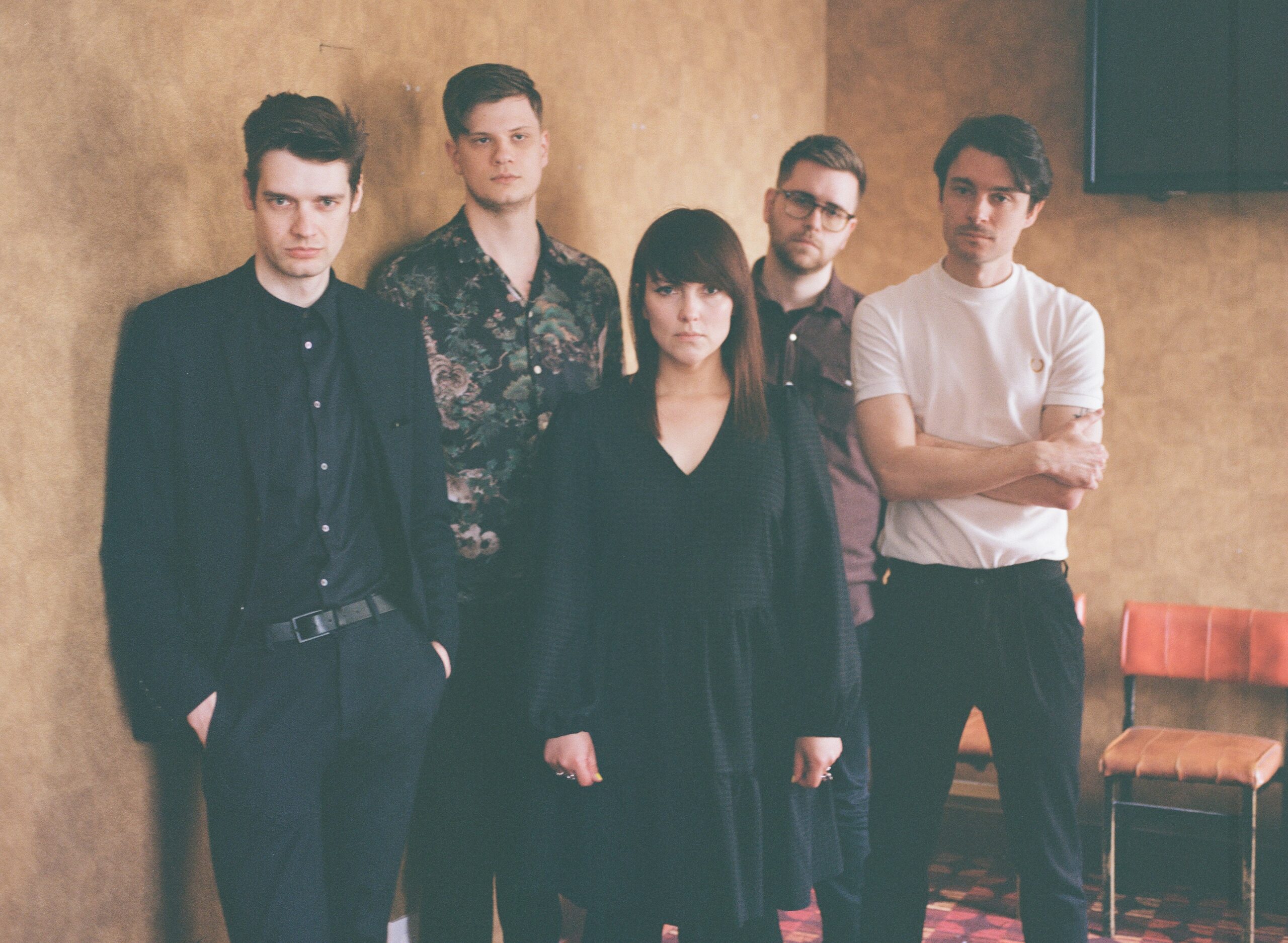 With a rawness that owes influence to the North East coast they call home, Pit Pony are a caustic, fuzz-rock five-piece from Tyneside that create an adrenaline fuelled, full throttle soundtrack for singer Jackie to explore tales of political ineptitude, mental health, motherhood and failed relationships.

Last week they released their debut album World To Me, which explores themes of identity, isolation, anxiety, motherhood and although not intentionally, the impact of the pandemic on us all. Armed with lots of new music and a bigger sound, the band are back with the bite between their teeth and ready to move.

We had a chat with Jackie all about the album’s themes, the making of the record, what they have coming up next and more. Read the Q&A below.

Hi Jackie! How have the last couple of years been for Pit Pony as a band?

“As a band they’ve been really good. We had time to write, make the album and we signed to Clue Records which are all really exciting. Despite the break of not playing any gigs during the pandemic we’ve had a good run of gigs since and supported bands like Idles and The Wedding Present which has been lush.”

For anyone discovering Pit Pony here for the first time, please gave us a brief history on the band, your sound and your influences.

“We are a five piece from various parts of the North East of England but we all live in and around Newcastle. We started gigging around 2018. Our sound is sort of post punk, garagey, alternative rock? I am terrible with genres. You will have to make your own minds up. Our influences are quite varied but mine are people like PJ Harvey, Deap Valley, The Kills.

You’ve just released your debut album World To Me. The record explores themes of identity, isolation, anxiety, motherhood and the impact of the pandemic on us all (Please expand). What do you hope fans/listeners take away from it?

“In all honesty we just hope people enjoy it. The themes have come from experience, namely the pandemic when we wrote the album but also when the pandemic hit I was on maternity leave with a 7 month old baby and suddenly there was nowhere to go, no one could come and see us etc and it did have an impact. I think that it’s important to talk about these experiences as you never know who may be able to relate to them. It is also something I feel isn’t really documented enough – being a Mother, a parent while being in a band and how you navigate that.”

Please take us through your songwriting/creative process for World To Me. What was your favourite part and what did you find most challenging?

“Pre pandemic we would almost always write songs in a room together. Someone would bring an idea of a guitar part and we’d write our own parts on top of that. In the pandemic we obviously couldn’t all get in a room together so instead we relied a lot on recording and sending things to each other via phones and laptops. Nothing flash for me, it was just voice notes on my phone mainly. We still all wrote our own parts and usually Garth, Andrew or Potter would have the initial guitar part that we built onto. When we came to practice and record when we were allowed to it meant distancing, wearing masks and sanitising everything but by that point everyone was so used to that in general life (we’ve all worked through the pandemic as ‘key workers’ anyway) that it didn’t seem too alien.”

Finally, what’s next for you guys? Do you have any gigs coming up?

“Our album launch show is one we’re looking forward to (at The Lubber Fiend in Newcastle on July 1st) and then in stores at RPM in Newcastle and Vinyl Whistle in Leeds which will be stripped back sets so something different. After that we have gigs in July supporting Pigsx7 and The Futureheads as well as Ulltra Fest in Hull. Later in the year we are planning on another run of gigs to play some places we didn’t reach in April. Lots to look forward to!”