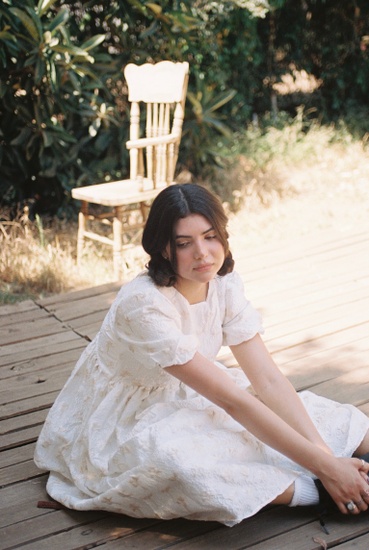 Los Angeles-based singer-songwriter Ada Marques has released her pragmatic single ‘Napkin.’ The new track, written as a letter to herself, scribbled onto a napkin by the cynical side of her personality, takes a candid look at the seclusion, sadness, and self-hate we buried underneath our surface and mask from our peers.

Like her debut single, ‘Bell,’ ‘Napkin’ emphasizes Marques’ intention to use her music as a resource to highlight and normalize conversations regarding self-worth, intrusive thoughts, and other important mental health topics.

Intentionally unsettling, the song finds Marques asking herself “Darling can’t you see, they wouldn’t care less if you leave,” before building into a heartbreaking one-liner in the chorus, where she admits, “…if I’m honest, I’m never truly honest, with anyone but myself.” Recorded during an impromptu writing session between Marques and Grammy-nominated producer Chris Reynolds, held during an out-of-the-ordinary Los Angeles rainstorm, the song mirrors the melancholy atmosphere of the unexpected weather sonically.