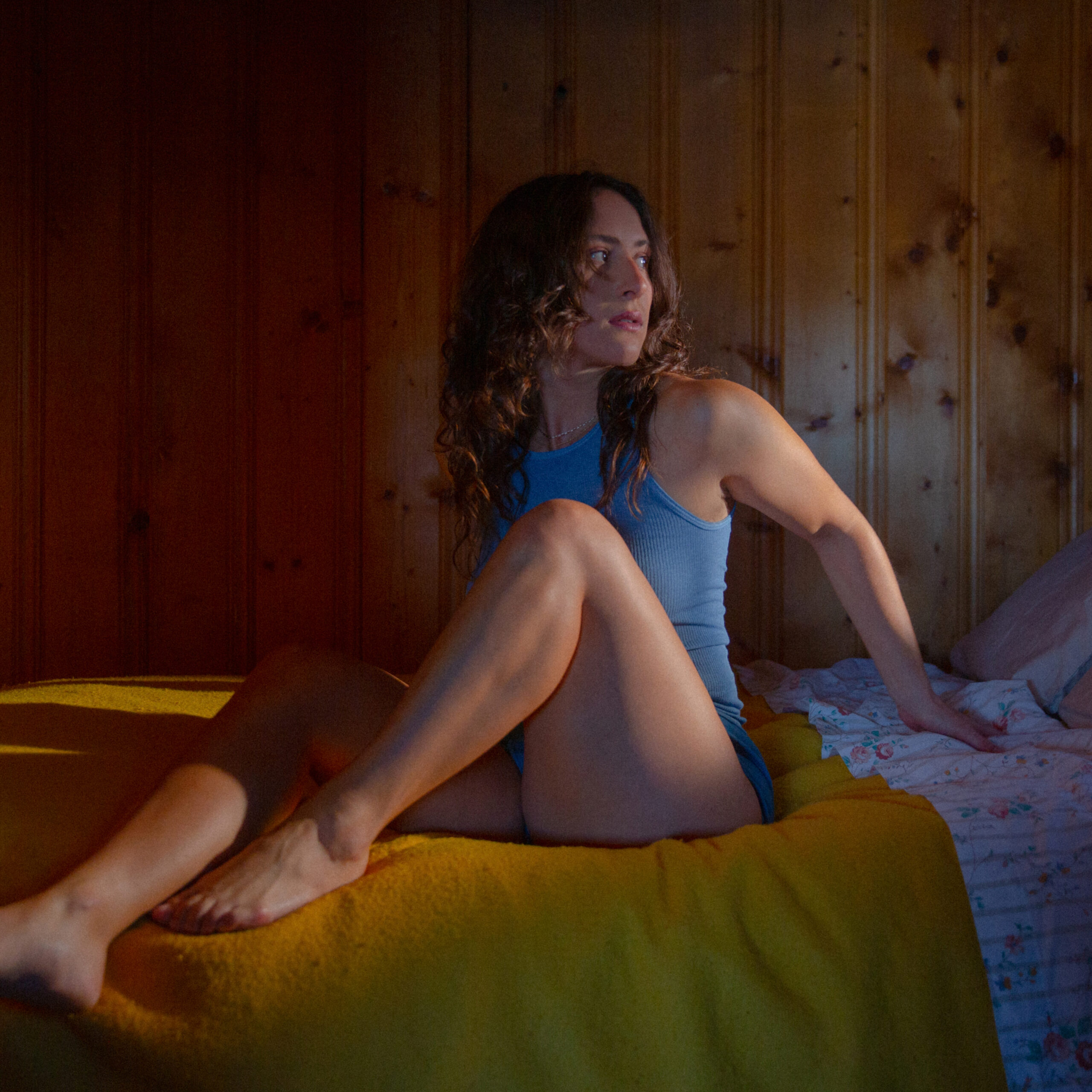 Los Angeles based musician A.O. Gerber announces her sophomore album, Meet Me At The Gloaming, out October 14 via Father / Daughter Records (US) and Hand In Hive (UK). She also shares new single ‘Hunger’, a tender and expressive reflection on the nuance of the opposing forces we face in our lives and culture, and its striking video directed by Vivian Wolfson.

Speaking on the track Gerber says: “This song sort of wrote itself in the midst of a really devastating fire season in LA. I’d been thinking a lot about the opposing forces of desire and negation, all the different ways we both consume and restrict as individuals and as a culture. I’ve spent so much of my life vacillating between these polarities, making myself small physically and spiritually. I haven’t always had the ability to critique that impulse in myself but it felt good to do that here.”

Commenting on the video she adds: “This song is lyrically heavy, so I knew I wanted the video to poke a bit of fun at itself. All I told Vivian (the director, who — let it be known — graduated high school less than a month after we filmed) was that I wanted cake to be shoved in my face at some point. From that she came up with this absurdly stunning set design and concept. Everyone on the crew put so much heart into it. I’ve never laughed so much on set.”

Director Vivian Wolfson adds: “After listening to Hunger on repeat for a few days, I found that what really resonated with me about the song was its movement from passive to active; I really wanted to play with that idea in the video by having mysterious gloved hands interact with her throughout (I also just love a good colorful accessory). The dining room and portrait set-ups allowed me to work with the feeling of being acted upon (ie. being fed and painted), but also gave me the chance to experiment with production design – the portrait scene was a mini studio we set up in my family’s living room. Our shoot day was electric and exciting overall, full of laughter at the absurdity of some of my directorial ideas which I feel very lucky that Olivia trusted me enough to go along with. I never cease to be inspired by my friends and collaborators who can truly make anything happen.”

Meet Me At The Gloaming:

BATTS shares new single ‘All That I Need’