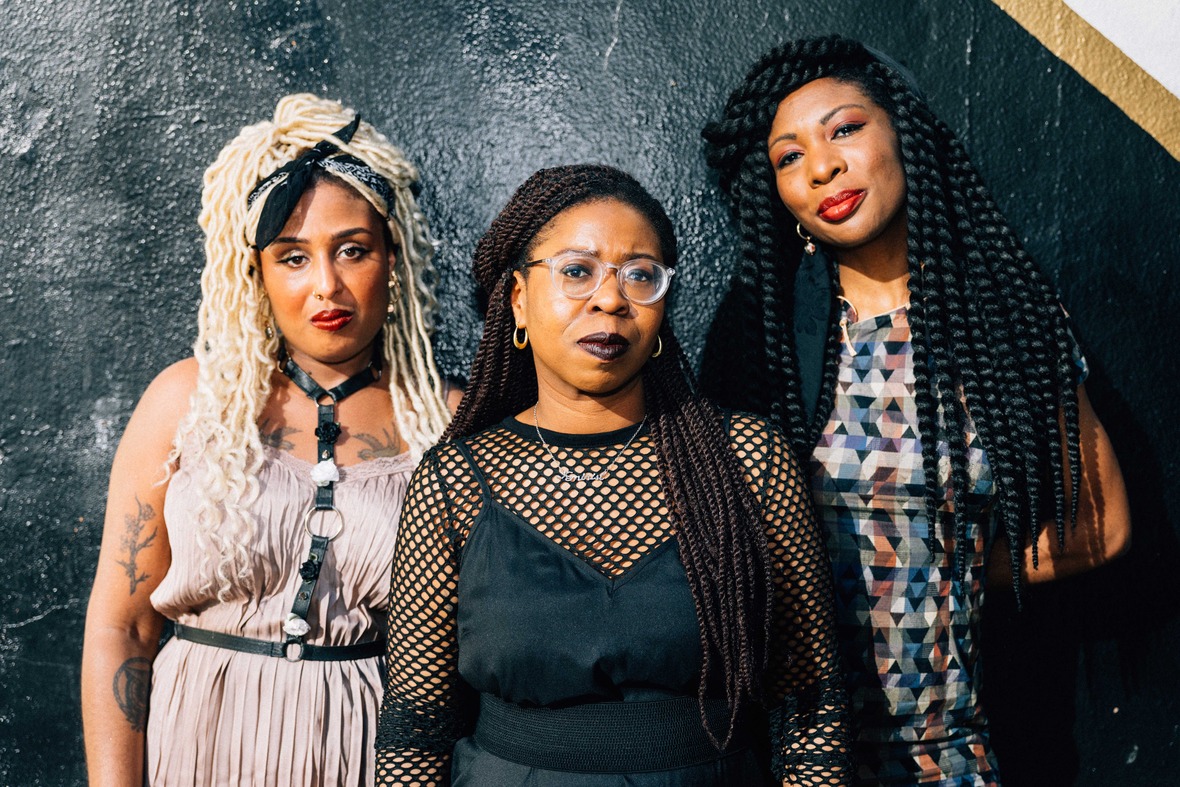 Black feminist punk band Big Joanie have released a new one-off single, ‘Happier Still’, ahead of their performances at Grace Jones’ Meltdown and Glastonbury plus a UK tour with St Vincent. This uplifting, Nirvana-inspired single is out now on Daydream Library Series in the UK and Kill Rock Stars in the US.

The new single follows on from the release of Big Joanie’s previous single ‘Cranes in the Sky’, a cover of Solange Knowles released on Jack White’s Third Man Records in 2020. Singer and guitarist Stephanie Phillips had this to say about ‘Happier Still’: “I started writing ‘Happier Still’ after our first album came out in late 2018 and finished writing it while we were in Austin for SXSW 2019. This song is about wanting to break out of a depression and pushing yourself to feel better. I like the idea of chanting “I’ll feel fine” and then hoping that will eventually turn things around.”

Additionally, Big Joanie feature on a Sleater-Kinney covers album celebrating the twenty fifth anniversary of their 1997 album Dig Me Out, appearing alongside St. Vincent, Wilco, Courtney Barnett, Low, the Linda Lindas and TV on the Radio’s Tunde Adebimpe. Part of the proceeds will be donated to will be donated to SMYRC, a Portland-based LGBTQIA+ youth centre.