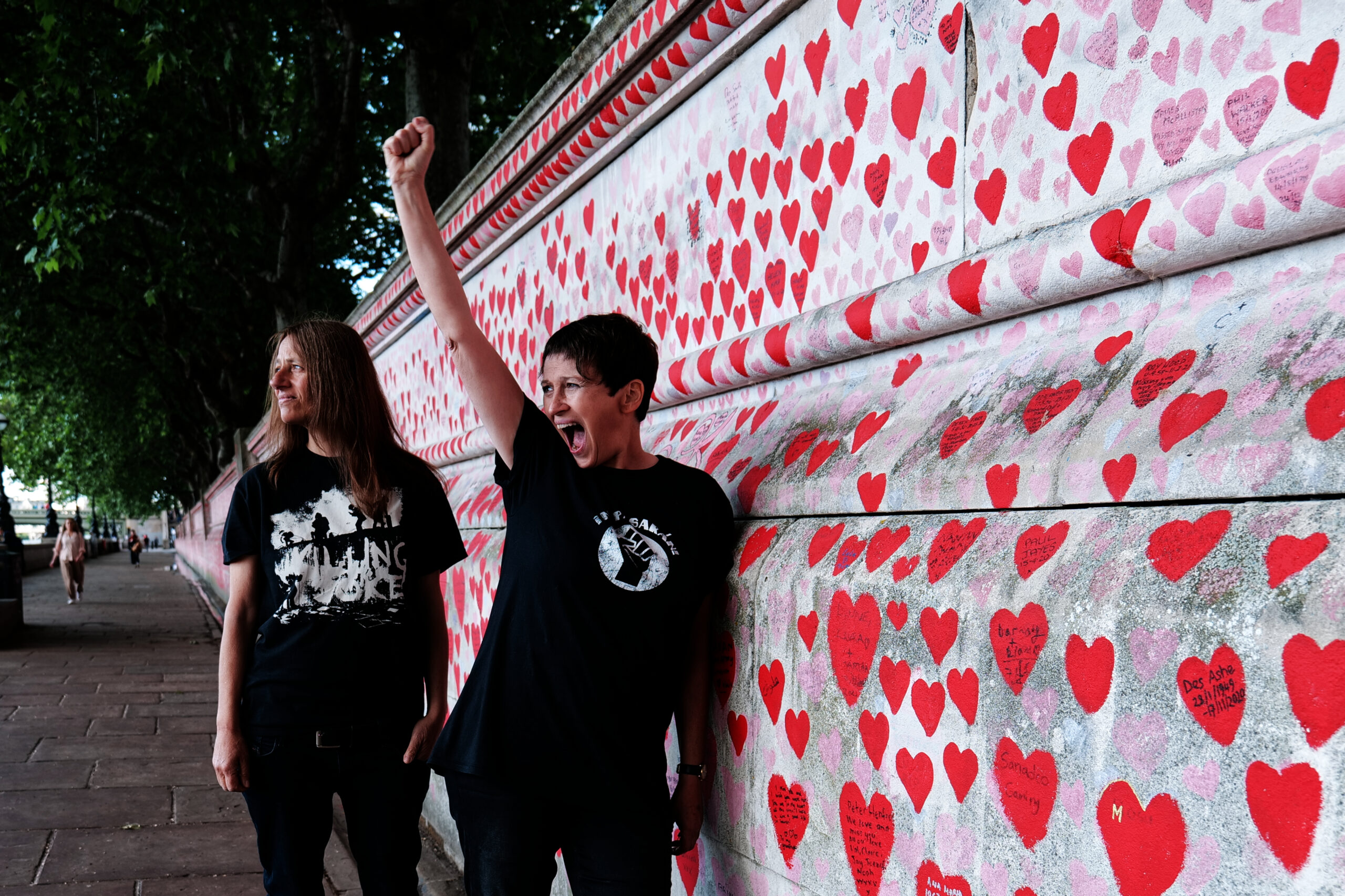 Ferocious punk duo deux furieuses release their scathing new single: ‘Bring Down The Government’. Crammed with fuzzy riffs and a clamorous punk energy, the duo’s latest single is a searing state-of-the-nation address and a biting critique of those in power. With a pummeling bassline delivered by none-other than Deb Googe of My Bloody Valentine, ‘Bring Down The Government’ fuses frenzied outbursts of feedback-drenched guitars to percussives that twitch and tick like time running out.

Of the message behind the scorching new cut, deux furieuses explain: “‘Bring Down The Government’ started life as a paranoid riff jam with us jumping on a fuzz box and behind the kit in Vas’s attic to make some noise around the first lockdown. It soon became a musical grenade aimed at the dark heart of Boris Johnson’s Conservative Government which we both felt to be disastrous for the country in its handling of the Covid pandemic. The care home tragedy was a scandal that affected us personally.”

With its lyrics just as timely now as they were in the midst of the Covid lockdowns, Ros Cairney’s highly charged vocal rises-up like a rallying cry for the masses as the band make a stand against the Government’s catastrophic handling of the pandemic.

“The PPE nightmare, public health disinformation, lucrative profiteering and partying at Downing Street were symptomatic of Tory self-interest and a dumbed-down political discourse” the band add. ‘Benighted criminals all on the make’ sums them up for us!”

YNES releases new single ‘Fake What Your Mama Gave You’