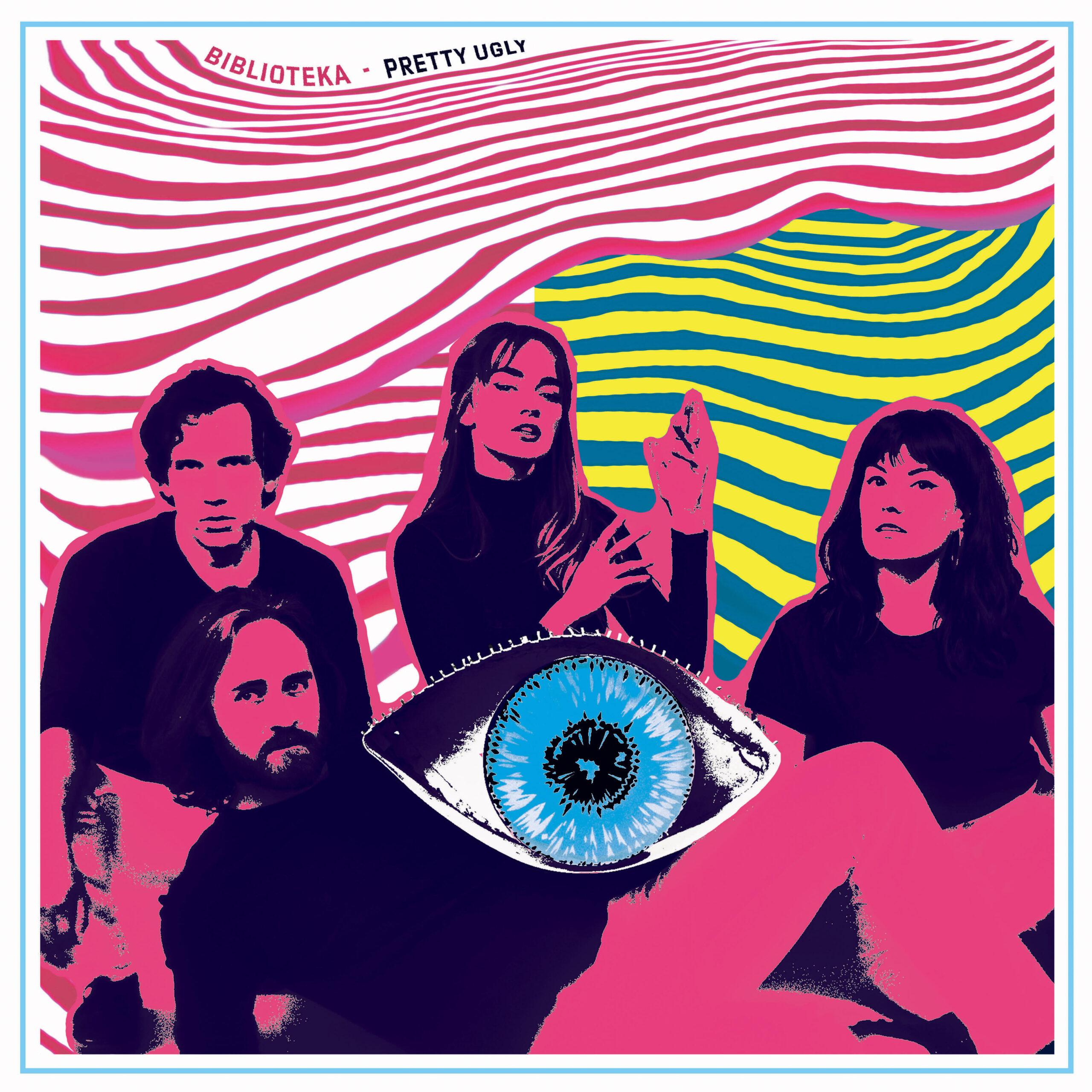 Biblioteka announce their forthcoming album, Pretty Ugly (due June 24 via Freakout Records), alongside the release of its first single, ‘Tick Tock.’

Biblioteka’s Pretty Ugly chronicles the band’s personal experiences during the pandemic. ‘Tick Tock’ and ‘Waiting For Nothing’ explore feelings of paranoia due to isolation and drug use. The band was inspired to write ‘Where Did We Go Wrong’ after surviving an attack from a knife-wielding man in an alleyway. The song took on a new meaning when Robins’ family was in Ukraine in the midst of the invasion. The band digresses with anti-capitalist rock anthems ‘Corporate Whore’ and Los Microwaves’ cover ‘TV In My Eye.’

Pretty Ugly was recorded by Garrett Reynolds at Electrokitty Studio in Seattle, WA. Collaboration with Guy Keltner of Acid Tongue (who pushed the band to create more at a time when they were at a crossroads). Keltner is featured on guitar and backup vocals for ‘Tick Tock,’ ‘Unkind,’ and ‘Miss U.’