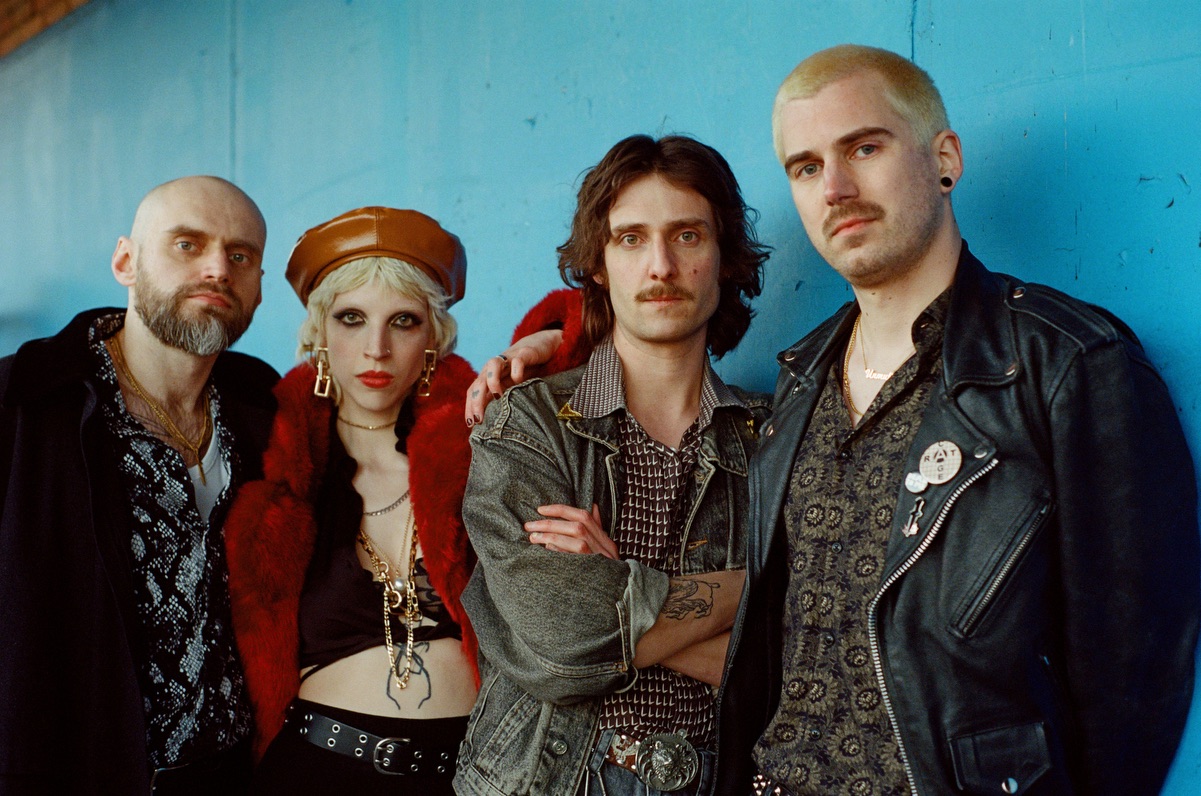 Hailing from Kassel in central Germany, punk act SUCK gained a reputation as a stellar live attraction when supporting Amyl and The Sniffers on tour in that country immediately prior to the pandemic. Having released an EP entitled Frog before that set of dates, they are now finally ready to unleash their debut album, Ribbit (due September 23).

The first single issued from Ribbit was ‘Gravedigger’, which illustrated the fact that the group have evolved from similarly heavy tracks on their earlier EP, with the wildly sawing, bone-dry produced guitar at the beginning making it clear that SUCK haven’t merely gone down the classic punk route, but also have a feel for the aggression and dark energy of various metal styles.

Another example of this is brand new single ‘Lucifer’, in which Isabell and Patrick sing/shout in unison (not for the only time on Ribbit). “Metallica and Sabbath are the intersection that we all agree on,” states Jakob, “while the latter have influenced my guitar style. Even though the songs are more punk than metal, that’s where they come from.” Bassist Nils adds that “I grew up with 90s and noughties punk like Bad Religion and NOFX. Metal then came into my life more out of necessity: there was no punk band in my area that I could join, so I played in a death metal band. I always thought Metallica was crap – but more for human reasons!”

Big Joanie announce second album Back Home. Watch the video for new single ‘In My Arms’

Getting To Know: Stud Count