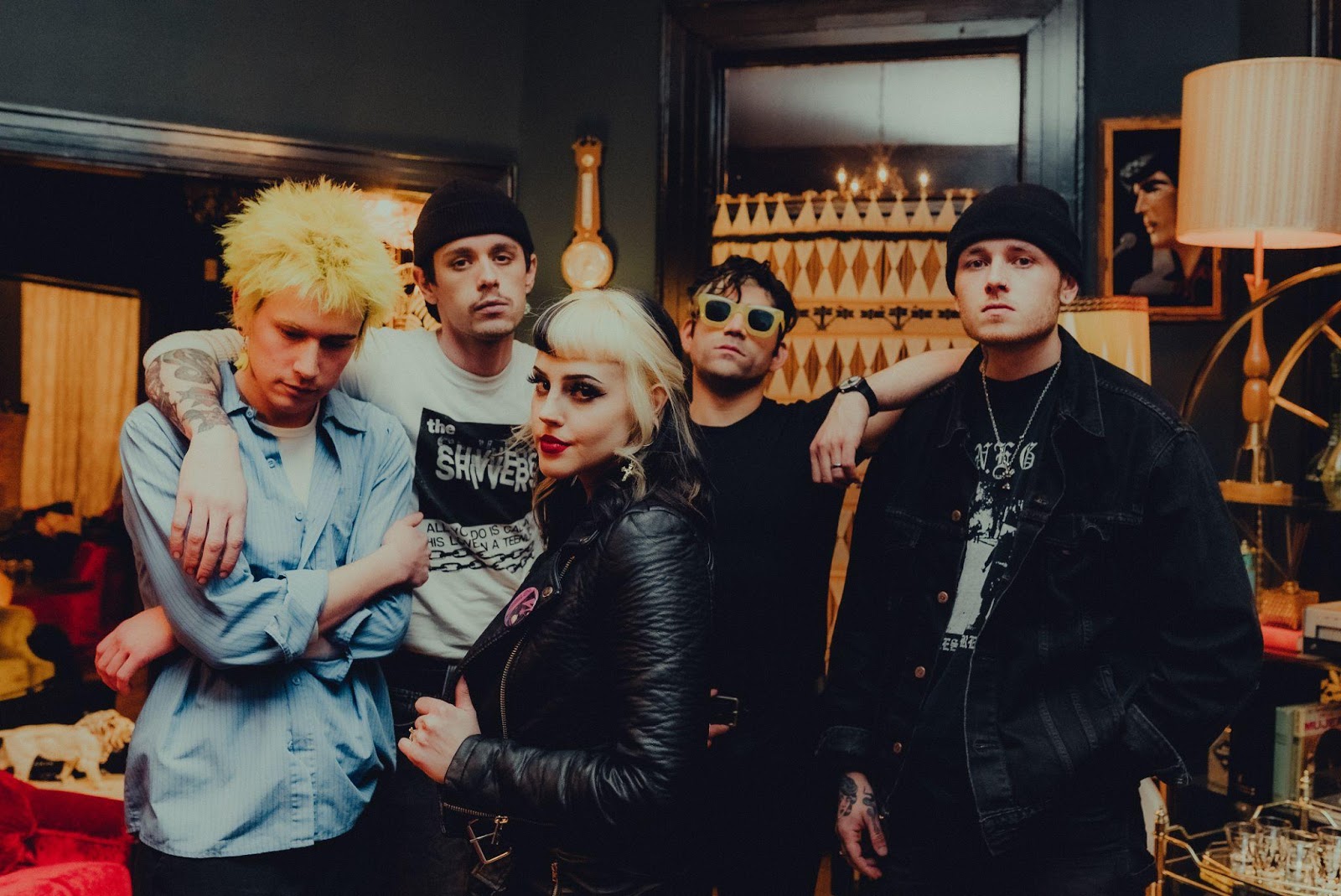 Stud Count have released their debut self-titled album via Smartpunk Records. The Philly-based band has a little bit of everything – catchy pop hooks and soft indie-inspired elements balanced with hardcore punk aggression and aesthetics. Alongside their trademark sound, they have the fashion sensibilities to match, as proven in their music videos for ‘Give Me Time’ and ‘Through My Window.’ The album is a high-octane array of punk tracks destined to become a memorable Summer 2022 soundtrack.

We had a chat with Norelle and Matthew all about the album, how the band came to be, what they have planned next and more! Read the Q&A below.

Hi guys! How are you? For anyone discovering Stud Count here for the first time, please give us a brief history on the band, your sound and your influences.

“Hey all! Thanks for having us. We’re a band formed in Philadelphia in the fall of 2019. Our members had all played in several bands beforehand, and decided to finally make good on the idea of doing a project together. Matthew had written a demo’s worth of ‘77 style punk songs and the rest just fell into place. We played our first show in February 2020 alongside Webbed Wing, Gel and Luxe which went amazing, then quarantine hit. We spent that time writing and recording our forthcoming LP which ended up with a contract from Smartpunk Records.

“As for sound, we’re a punk band with a wide range of influence; everything from Discharge to The Cranberries, The Replacements to The Hives etc.”

You’ve just your self-titled debut album. You must be buzzing to finally have it out in the world! What can you tell us about the record?

“Absolutely, so much went into this record it would be hard to believe even if we went into detail. Matthew and I started writing it almost 3 years ago in our apartment in west Philly, just processing life in general. Should come as no surprise to most readers, but existing in the world of subcultural music isn’t always a cakewalk, even if you’ve been there a long time.

“Musically, it covers our range of influence fairly well. There are punk songs that could be on a Wipers or Hüsker Dü record, powerpop ballads you could find on a Sundays album, hints of Oi, and even tracks I’d call hardcore songs. I think there’s something for everyone here, but it flows together nicely and I think it will serve as a proper introduction to Stud Count.”

Please take us through your songwriting/creative process. What is your favourite part and what do you find most challenging?

“Matthew writes 85% of the music in his head, records it acoustically on his phone, gets with our drummer to demo it out and then I write vocal melodies over that. Next step is usually Matthew helping with lyrics, and then adding leads.

“The only frustrating part is that our members live in different places and so the fun of writing something and then bringing it to a practice space to flesh out takes way longer than it would otherwise. It can be frustrating having all this music fully written in your head and sometimes having to wait upwards of a year (or longer if we’re talking vinyl) to have it out in the world. However, this is true of all three of our current bands, and is made way easier by having Bret on the drums. Him and Matthew just click, and it makes everything come together better than it would otherwise.”

What do you hope fans/listeners take away from your music/the album?

“For one, we hope people have fun listening to the record and seeing it live. Most people have summer records that shaped our youth and, in many ways, set the tone into our adulthood. We hope the album can be that for kids, and people in general.

“Other than that, it’s a record full of processing that we think most people can relate to. When you’re going through something, it can feel isolating, but hopefully with the themes covered on the record it can help people process tough times and not feel so alone; there’s something super encouraging about knowing people who have full, complete and good lives after surviving rough situations.”

Finally, what’s next for you guys? Do you have any gigs coming up in support of the record? What can we expect from a Stud Count show?

“Yep! We have a full northeast run planned for the fall and hope to just keep at touring in general. On our tour back in May, we played in front of a lot of different audiences and every reaction was different, but good. I think for a band that exists across a spectrum of music scenes, it will depend on the kind of show we’re playing. The consistency has been people having fun at our shows; at the end of the day, that’s what we’re about.”

Big Joanie announce second album Back Home. Watch the video for new single ‘In My Arms’