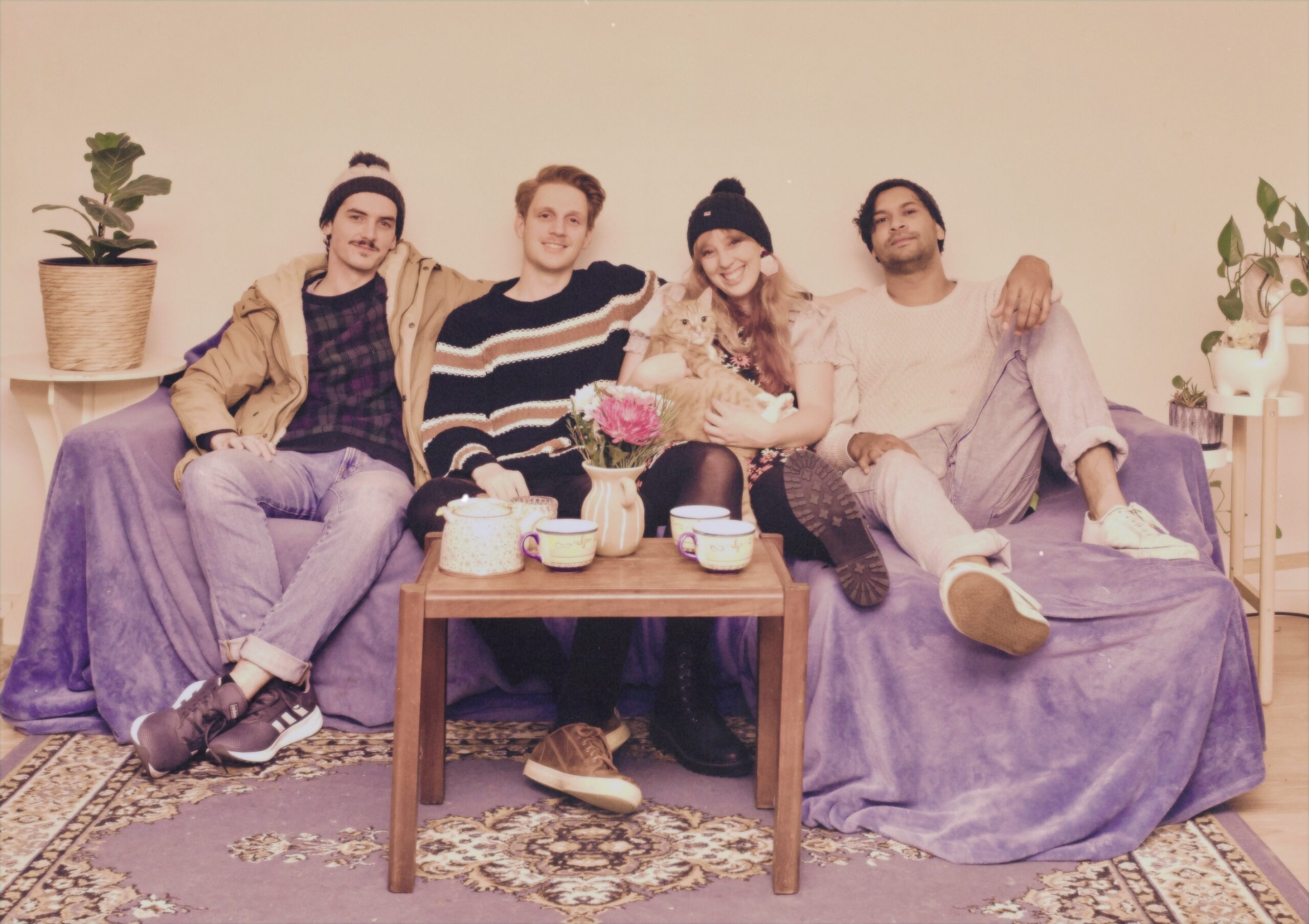 With partners and longtime collaborators, Grace Newton-Wordsworth and Aaron Birch at the helm, Joan & The Giant’s music is often inspired by personal experiences shared within a loving relationship, which is the key focus of their new single ‘Home Song’. Written as love letter to Aaron during an incredibly difficult period of loss, ‘Home Song’ swoons with a delicate warmth as gentle acoustic guitar melodies combine with heartbeat percussion and sweet, soulful vocals. Then, the chorus opens up in a celebration of love with big drums and intricate synth notes, melding folksy guitar strumming with an epic vocal release.

Radiating with an overwhelming feeling of love, ‘Home Song’ puts everything into perspective, acting as a reminder not to take anything for granted, as Grace reflects: “‘Home Song’ was written on a Sunday in June 202I. Aaron and I had a pointless fight over nothing (probably the dishes), then he saw all of these missed calls on his phone and found out his grandma was seriously ill and he needed to fly to Broome immediately to say goodbye.

“When he flew away, it put everything into perspective and I just wanted to take the pain from his chest and hold it for a while. It taught me to not take anything for granted, and to hold the people you love close… So this song is for Aaron, my home.”

Princess Chelsea announces new album Everything Is Going To Be Alright; shares first single ‘The Forest’