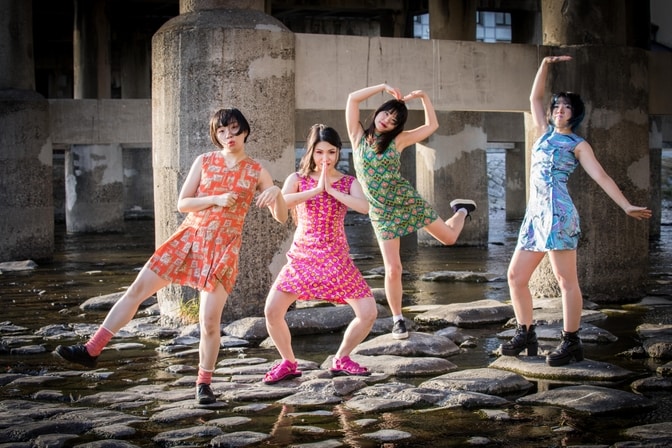 It’s just one of a few food-themed songs on the album meant to be more subversive than their titles would imply. Here ‘yakitori’, or Japanese skewered chicken, is used as a weapon of choice in a petty act of revenge, essentially acting as a “sorry-not-sorry” about throwing yakitori through your letterbox.

Vocalist and guitarist Accorinrin says, “We are not popular in Japan, but we have been told by some Japanese people that we are flirting with foreigners. I was so pissed off by this that I decided to write songs with ‘Japanese’ and ‘foreign flirtatious’ titles, such as ‘SUSHI’ and ‘YAKITORI.’ It’s a meaningless song, ‘I’m the one who threw yakitori in your mailbox.’ Not so flirtatious, right?”

YNES releases new single ‘Fake What Your Mama Gave You’