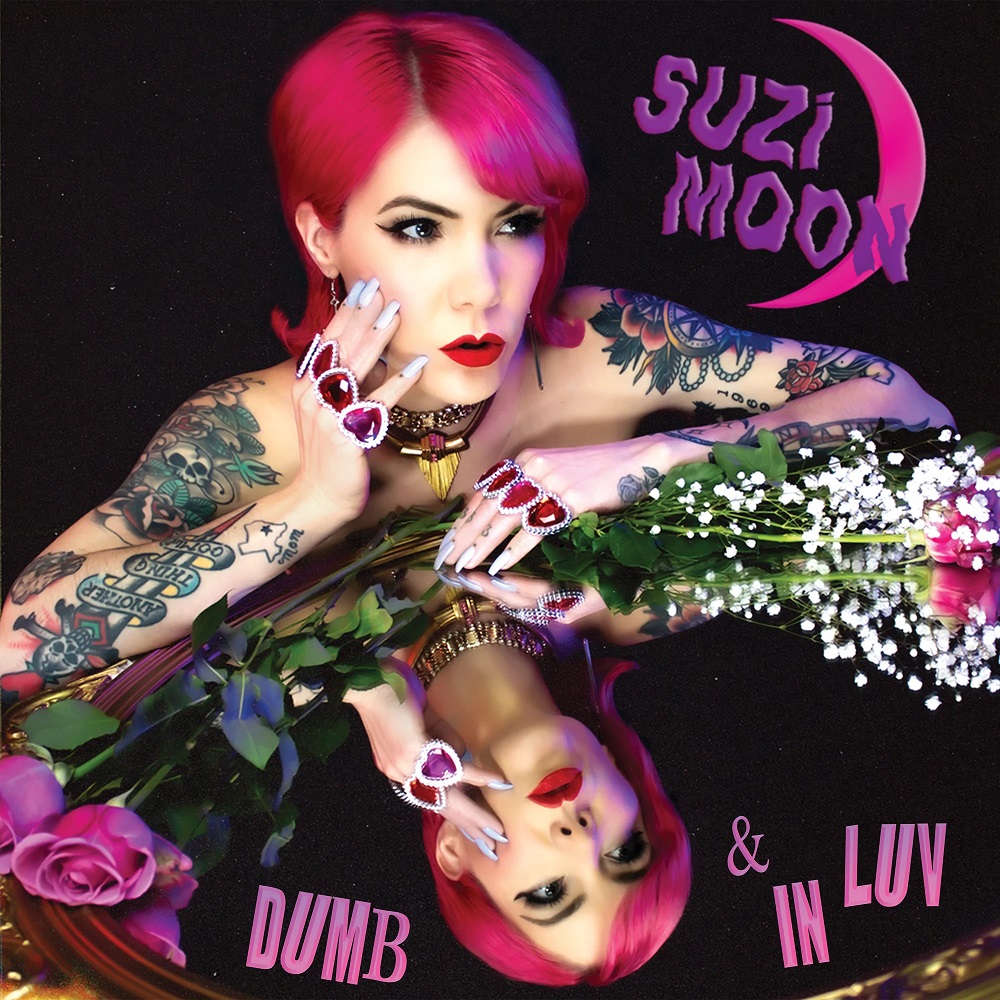 Pirates Press Records is excited to announce the new album from SUZI MOON called Dumb & In Luv and in conjunction with this announcement, she has shared the video for the title track to the album.

After nearly two years supporting her first two EPs Call The Shots and Animal, Dumb & In Luv is Moon’s debut LP. Dumb & In Luv was written and mostly recorded before Moon’s EPs, but it is precisely what you’d expect from Suzi – 100% catchy rock n roll. Suzi enlisted the help of producer Davey Warsop (Sharp/Shock, Suedehead, Beat Union) to help bring the songs to life and tweak the songs to perfection.

Moon says: “My first EP, Call The Shots, had a straightforward punk n’ roll sound, my second EP, Animal, was a bit more melodic, and Dumb & In Luv is really a mix of those two styles, seeped in the influence of all those great California bands that influenced me while I was growing up, like Social Distortion, Rancid, Green Day, and Weezer.”

Whereas Moon’s two EPs focused more on independence and finding one’s true sense of self, the album explores topics like love, loss, heartache, and hope. Specifically, with the release of this first song, it represents all-too-familiar emotional vulnerabilities. “‘Dumb & In Luv’ is not an “anti-love” song, it’s simply about how love has this incredible ability to reduce us to a puddle of goo. Love is so powerful that it can make you feel stupid one moment and on cloud nine the next. We find ourselves second-guessing that late-night text, if our feelings are true and if the object of our affection feels the same way. It brings us joy, pain, and inspiration unlike anything else. Love is a wild rollercoaster, and if there is one thing I’ve learned… It’s to take the ride every time.”