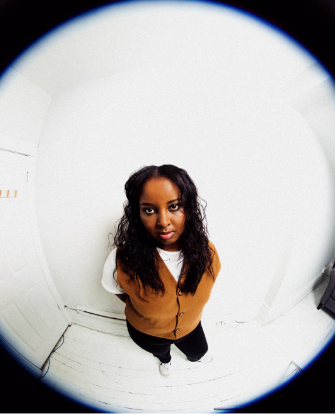 poolblood (she/they), the musical nom-de-plume of Toronto’s Maryam Said, is an eternal spirit of punk rock, swirling and dancing in the air with a collection of gorgeously orchestrated bedroom pop music.

This week, they announced their signing to Next Door Records, and also shared the new, nostalgic single ‘twinkie.’ Produced by Shamir, who also plays guitar and drums on the track, the song is reflective of what poolblood does best – lush and expansive bedroom pop.

Said explains, “‘twinkie’ is a song I wrote about the tenderness of time, time as a source of love, and the way time is the ultimate parent. Starting over is as sweet as a golden sponge cake.”

Keeper E. shares new track ‘I Can Do It’