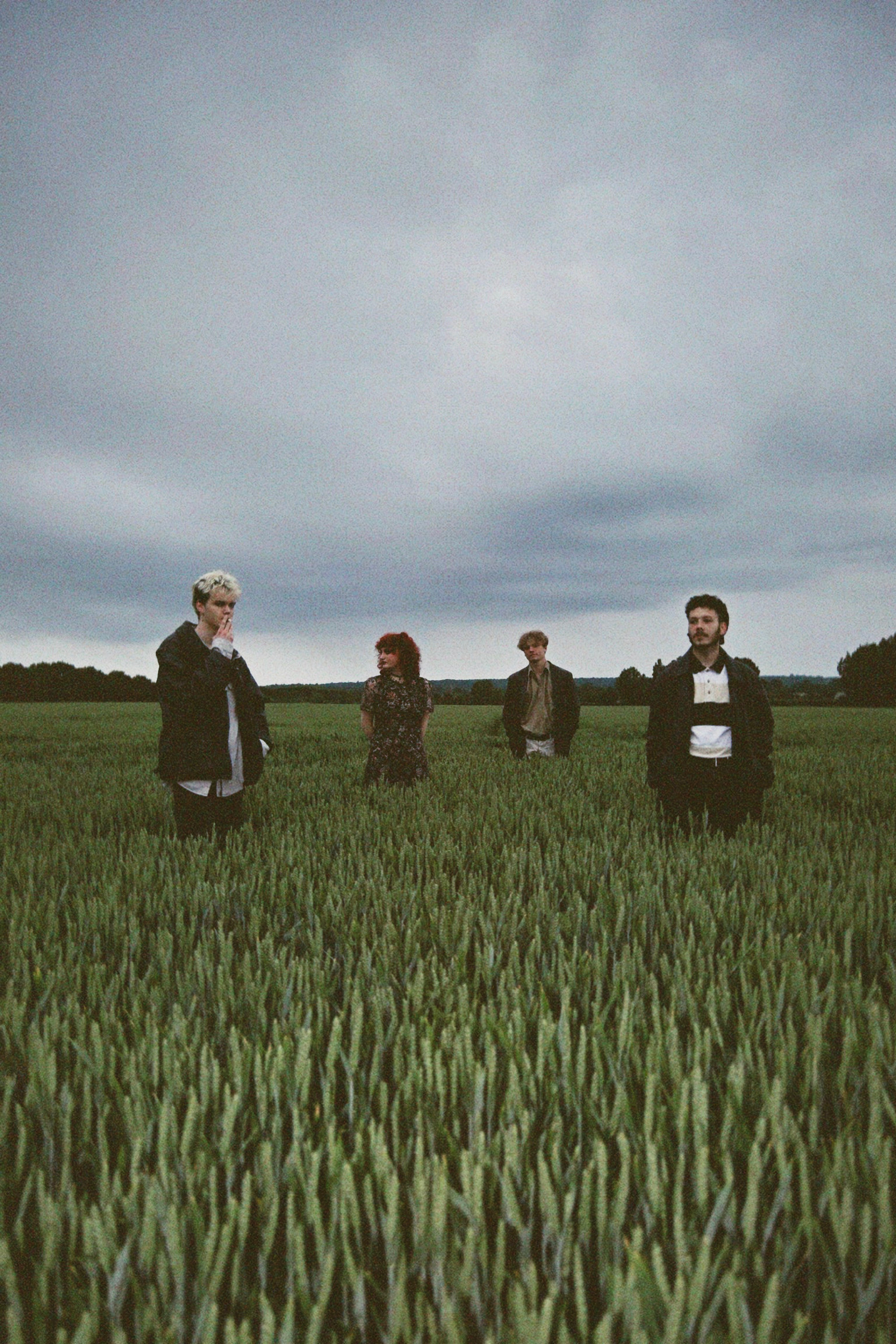 Essex-based four-piece She’s In Parties share their second single, ‘I Follow You’, a spell binding, psychedelic track that serves as an escape from reality via Something.

‘I Follow You’ takes a distinctively darker, more enigmatic turn than their previous single, ‘Angelic’. “Something must have happened in the writing process for the song to take a turn.” Katie explains, “When the song started I must have been in a clearer state of mind as compared to the second half of the song, as it’s far happier and brighter lyrically/melodically. However when it came to writing the next verse and it came out much darker/scarier, I think it must have been because things were happening in my life that weren’t so great, so subconsciously I was writing about it as these words spilled out of my brain and into the song. When you hear the song it takes a darker turn in the pre-chorus, as many stories, books and films, they all have a twist or a fall leading to the climax, as does this song. It’s almost like a story in itself, at least I want it to be seen that way. By those last choruses the “character” picks themselves back up again.”

With the darkness, comes the light. Whilst following a shadowy, hypnotic journey within its lyricism, the contrasting instrumentals adopt an airy, intoxicating structure of shimmering, reverb-soaked vocals, dreamy, warm guitars and soft, delicate drums. Its bewitching nature binds perfectly with the supernatural elements sprinkled throughout the track. ‘I Follow You’ is showered in Irish folklore. The mention of banshees adds to the song’s tenebrous, albeit ethereal energy, serving as a powerful metaphor for the darkness that she felt in the writing process. She further expands on the metaphors hidden in the second verse, stating that the “idea of the “dark creature”, could refer to yourself or when you look at yourself in the mirror, the “hollow being” that exists opposite.”, building on the idea that people interpret messages and meanings in the way that they want to; that perception changes everything.