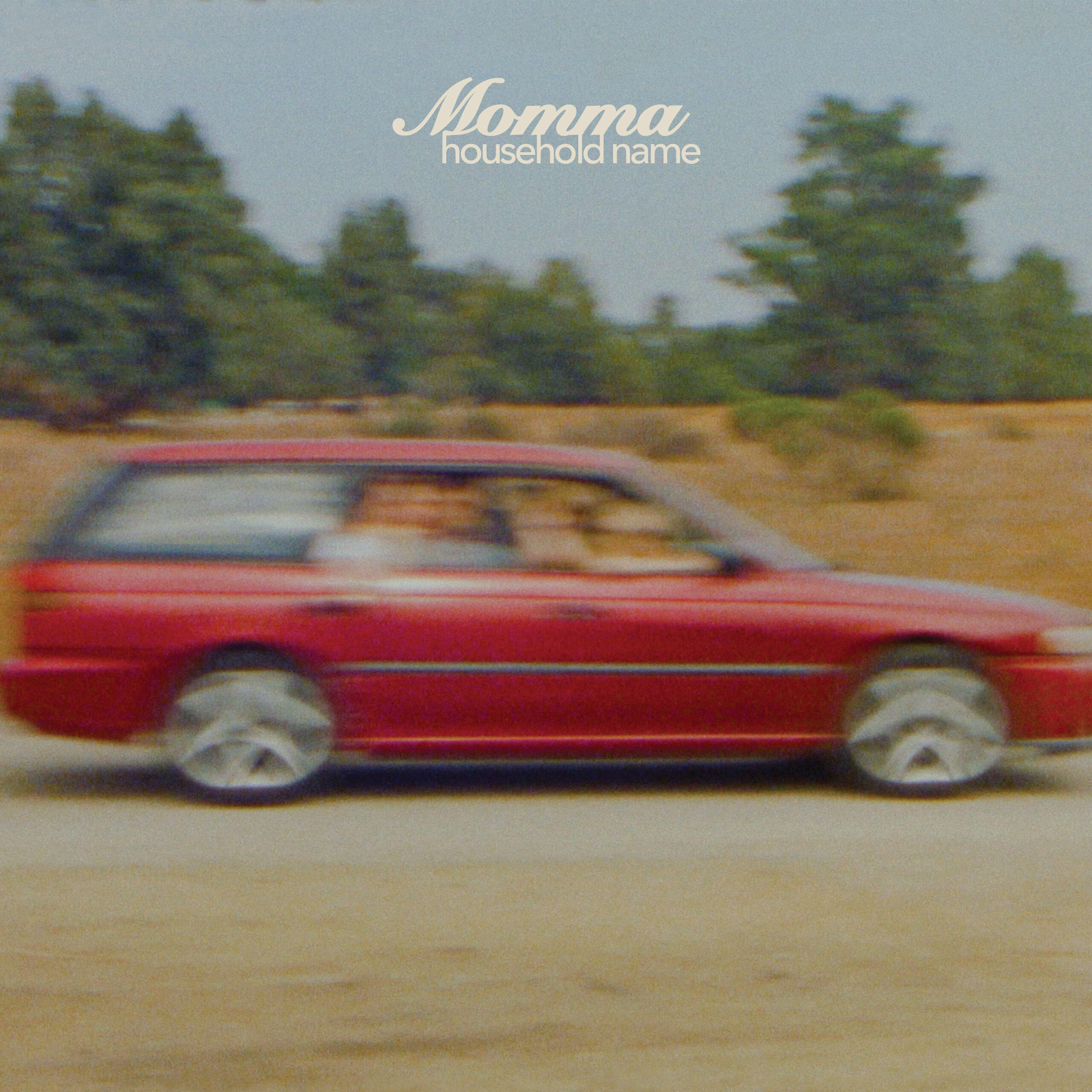 Momma, the band led by singers/guitarists Allegra Weingarten and Etta Friedman, have announced Household Name, their anticipated new album, will be released on July 1st, 2022.

Fresh off a series of dates with Wet Leg, the band’s new full-length Household Name reveals an exciting new chapter marked by both personal and artistic growth. Now based in Brooklyn, New York, after relocating from hometown Los Angeles, the duo upgraded from GarageBand and took their time writing and recording in a proper studio alongside multi-instrumentalist/producer Aron Kobayashi Ritch. The resulting album, mastered by Grammy-winning engineer Emily Lazar, is a tightly stitched collection that is magnetic and dynamic, and also marks their debut for Lucky Number, who signed Momma in the midst of the pandemic before the band members had even finished college. In chasing their idols and embracing personal storytelling, the band has skill-fully carved out their own path. Household Name showcases an unfettered vulnerability elevated by serious alt-rock bombast and is an album that tells the world: this is Momma.

The album’s fuzzed-out and soaring lead single ‘Speeding 72’ details a fast- burning romance between two kids who meet at a show and go for a ride—its chorus referencing Pavement’s ‘Gold Soundz” with nostalgic admiration. Its Madeline Leshner and Zach Stone-directed, part The Breakfast Club inspired, video perfectly captures the song’s spirit: cruising around in the summer with your friends with no real destination, windows down and blasting music.

“‘Speeding 72’ is probably the most collaboratively written song on the new record. We wanted it to be the sort of summertime anthem that you can turn on during a drive to impress your crush,” explains the band. “The most important part of the production was setting the right mood to transport the listener. The song starts with Aron getting into his car (which is featured on the album cover), and then turning on the ignition.”

October and the Eyes announces new EP; shares new single ‘When I Was Your Girl’