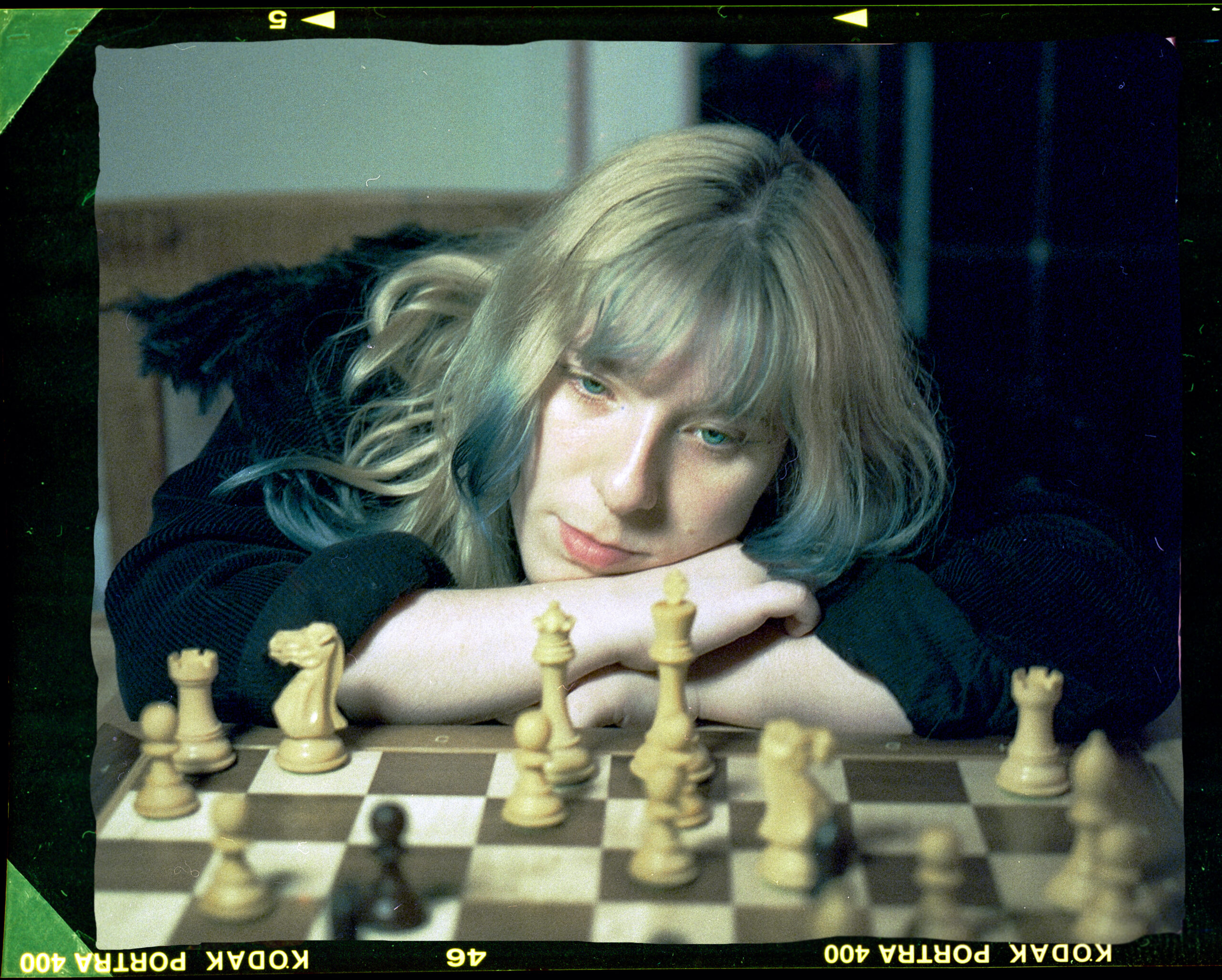 fanclubwallet is the project of 22-year-old Ottawa-based Hannah Judge. Her new album You Have Got to Be Kidding Me follows her debut EP Hurt Is Boring from early last year. That EP, full of punchy, idiosyncratic songs, brings a new meaning to the term bedroom recordings, as it was made in between hospital visits while Judge suffered a Crohn’s disease flare-up which left her bedridden in her childhood home for 10 months. The EP was led by single ‘Car Crash in G Major,’ a jaunty, metaphorical take on the final weeks of a doomed relationship.

Judge started writing the tracks for You Have Got To Be Kidding Me two years ago, at the start of the pandemic. She had just broken up with her boyfriend, dropped out of university, and moved back home to live with her parents in Ottawa. Her goal was to work on her comics (in addition to being a musician, Judge is a visual artist), but along the way, she started growing more serious about her music, eventually enlisting her childhood friend Michael Watson to help on production.

We had a chat with Hannah all about You Have Got to Be Kidding Me, what she would change about the music industry and more. Read the Q&A below.

Hi Hannah! How are you? What does a typical day look like for you at the moment?

“Hey guys! I’d say a typical day for me is usually hanging out with my producer Michael, or the rest of my band. When I’m not with pals I’m usually working on music related stuff!”

You’ve just released your debut full length album You Have Got to Be Kidding Me. Please give us a bit of background on the record and what the songs are about. What does it mean to you and what do you hope listeners/fans take away from it?

You worked with your childhood friend Michael Watson on the LP. What was it like working with them on such an introspective record? What did you enjoy the most about the creative process and were there any challenges?

“Working with Michael is super easy, they never make me feel like any of my ideas are silly and are always super open to try new things and sounds. I spend most of my time with them anyways so I really feel like they get what this record is about, they’ve seen me kind of go through all the things I sing about on the album.”

What else is next for you? Any shows coming up in support of the album? Which of the new songs are you excited to debut live?

“I’m excited to play some of the more instrumental ones, like ‘Jar’ and ‘Fell through’. I think they could come across in a really cool way. I’m going to be on tour as an opener for the whole month of June!”

Finally, if there was one thing you could change about the music world today, what would it be and why?

“I would just make it easier, and more accessible. I feel like musicians are expected to put up with some pretty horrendous conditions and as someone with a disability it makes the idea of touring kind of terrifying. I want music to be a thing no one is discouraged to do ever.”