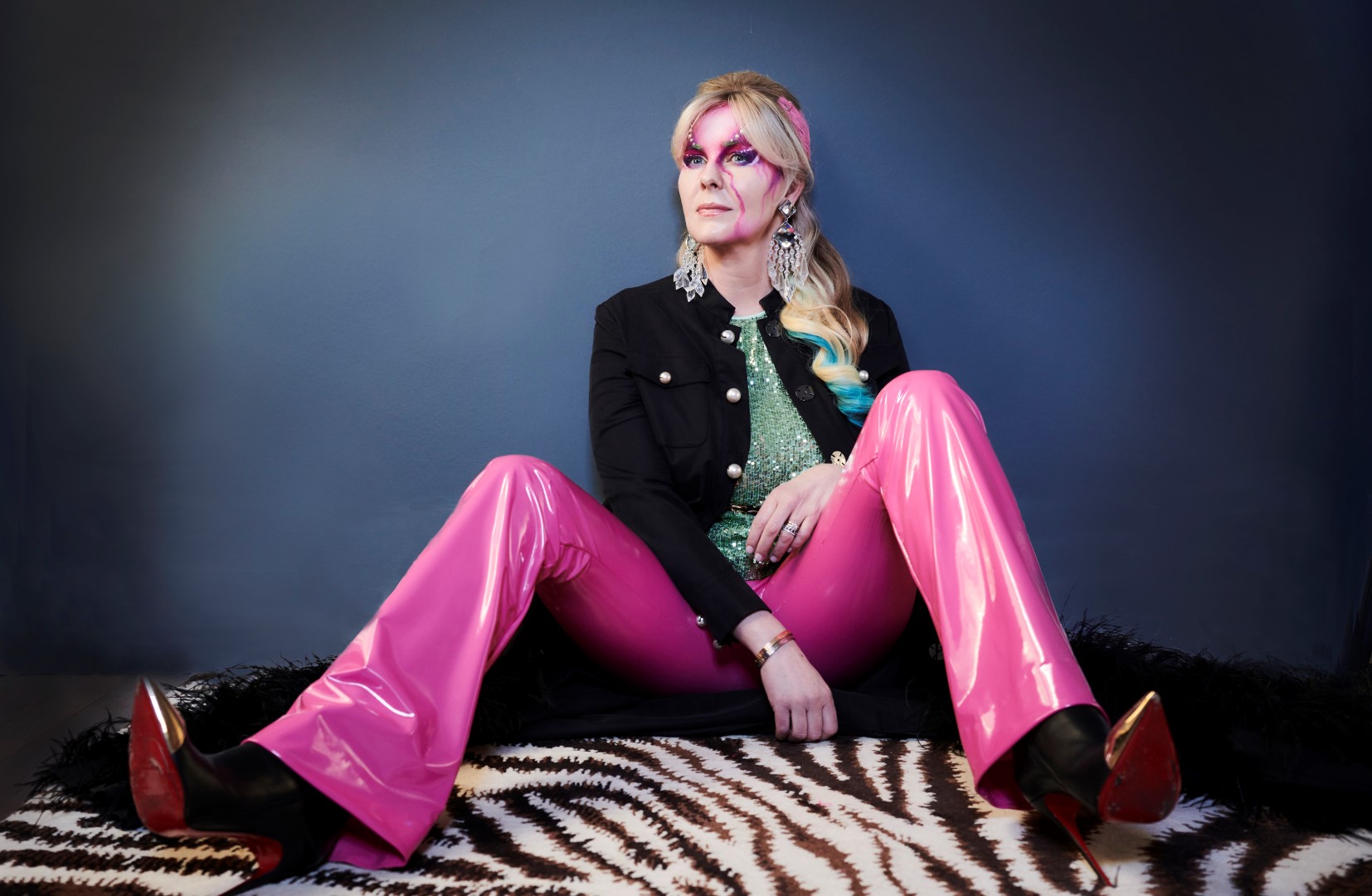 Blurring the lines of glorified 80s elation with the glossiness of the 21st century, the Nordic import constructs a chain reaction of rhapsodic melodies in Melodramatic as she crusades through lust, heartache and the catastrophes of love. Drawing influence from old school pop songwriting, Melodramatic is the result of Heidrunna’s adoration for classic hooks and greatest hits records.

Enriched with ten lustrous tracks that showcase Heidrunna’s whimsical vocals to great effect, her debut album constructs a harmonious utopia that promises to send you into a synthesized frenzy in the best possible way.

Onboard for production is Liam Howe, whose portfolio includes Lana Del Rey, MARINA, FKA twigs and Ellie Goulding. With Melodramatic, he and Heidrunna have rewritten the guidebook, conjuring up the kind of impenetrably-authentic ‘80s backdrop that you’d be hard pushed to pick out in a line-up of the finest electronic albums of an era it seeks to emulate and acknowledge in equal measure. Album artwork and single covers were designed by fashion illustrator Julia Verhoeven who has had works widely exhibited including showings at the V & A and The Hayward.

We had a chat with Heidrunna all about the making of Melodramatic, what she’s been up and what she’s planning on doing next! Read the Q&A below.

Hi! How are you? What does a typical day look like for you at the moment?

Speaking of..you’ve recently released your debut album Melodramatic. What’s the record about and what does it mean to you?

“The record is about people, love, lust, lack of love and relationships, both good and bad. It’s almost like snapshot of scenarios that I think happens to all of us at one time or another. I’m hoping people can relate to it. It’s happy, sad, upbeat, melancholic at times and also all sprinkled with a sophisticated fairy dust, just for a good measure. Some might say “Melodramatic!”

“This record means a lot to me because I came to England 25 years ago to make music, which I did, but finally I’ve made the album that I’ve dreamt of. This feeling I have now is different. It all feels right. I’ve been practising for a long time!”

Please take us through your songwriting/creative process for the LP. What was your favourite part? And what did you find most challenging?

“Songwriting comes very naturally and I never try to force it unless I have a deadline haha…. I’m probably not the fastest writer because I just have to get that feeling, and be a little bit emotional. I’ve learned however that I need to sit down more at the piano or with the guitar and see what comes my way.

“The easiest part for me is the melodies and the chords. The lyrics are alway a bit more tricky. Not all the time tough. Sometimes everything kind of comes together at the same time… I love that… Then I think I’m onto a winner… Hehe… At least I have the main story and then I can go back to it later to fix what’s there, and make it better. My next favourite part is taking a song into the studio and turning something that may have started out as me humming a simple melody, and turning it into a fully produced recording.”

What do you hope fans/listeners take away from Melodramatic?

“I hope they can appreciate that the album is a showcase of my years as a musician. The album consist of the songs that I’m most proud of. It brings some of my older songs right up to date and also has 6 songs which I have more recently written. I feel like there’s something in there for everybody without it being in any way all over the place.

“I’m hoping that I got it right and people will feel good listening to my album, I also hope they will have it on a repeat and tell their friends about it.”

Finally, what else is next for you? Do you have any shows coming up to support the album release?

“Good question! I’ve been so focused making this album and getting across the finish line that performing has taken a back seat. But now performing the album is now very much in the crosshairs. See you at the show!”