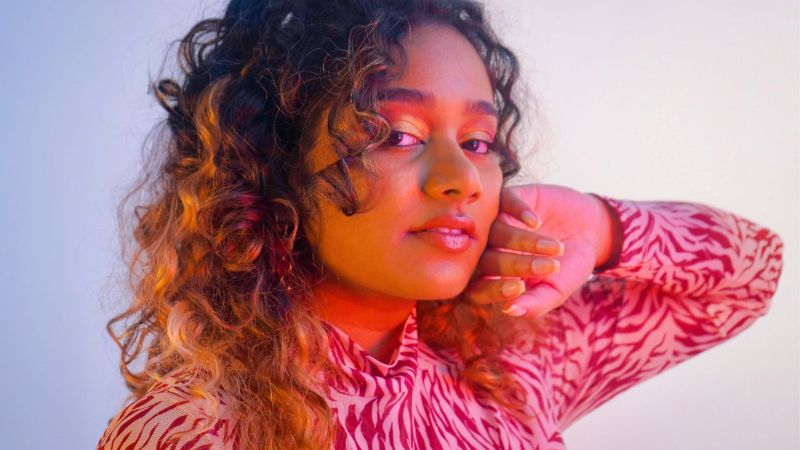 New single ‘Human’ is the latest from Anieszka and the lead single from her forthcoming EP project of the same name. A love letter to the personal facets that make us who we are as individuals and interconnected beings, ‘Human’ is a captivating creation from the young artist, who has already been impressing fans and industry alike with a string of recent releases including ‘Motive’, ‘Tender Without You’ and ‘Choices’.

‘Human’ has a dreamlike haze to it, threaded through it we hear Anieszka’s hypnotic vocals and elements of her Mauritian culture in a beautiful way. Working on the music at Offbeat Collective Studios with producer and fellow artist Chelsea Warner, and engineer Diego Raposo on mixing and mastering, Anieszka describes the process and final outcome as one she was fulfilled and excited by.

“I have wanted to incorporate traditional Mauritian elements into my music for years, and when I started writing this one I knew Chelsea Warner had to be part of the creating process. I wanted the ravanne (traditional Mauritian drum) to be at the core of the song, and to almost be a never-ending rhythm, kind of like a heartbeat. We also have the maravanne (also known as a kayamb) which is a traditional percussion instrument, and the triangle. This trio forms the basis for Mauritian Sega music.

“I’ve never heard a fluid blend of R&B/Soul with a traditional Mauritian beat, and I wanted to be the first to do it. I’m excited for people to learn more about my culture, and to connect with the song on a pure human level too.”

On the track itself, and further to the EP, Anieszka explores the nuances and complexities of the human condition. The pressure we put on ourselves to be at our best form at all times, with little to no room for breathing and alleviation.

“We are imperfect beings, yet we often focus so much on the need to be perfect and something other than who we are. The ways of the world and society often dim the light we have within us. This song speaks to that inner child, and the innocence and hope we all once had. It’s an anthem to step into our light and our power, and to practice self-acceptance, self-love and healing along the way. ‘Can you see through my flaws? I am human but whole’ – we all have flaws, but they don’t make us broken or incomplete, they are simply layers to a whole being.”