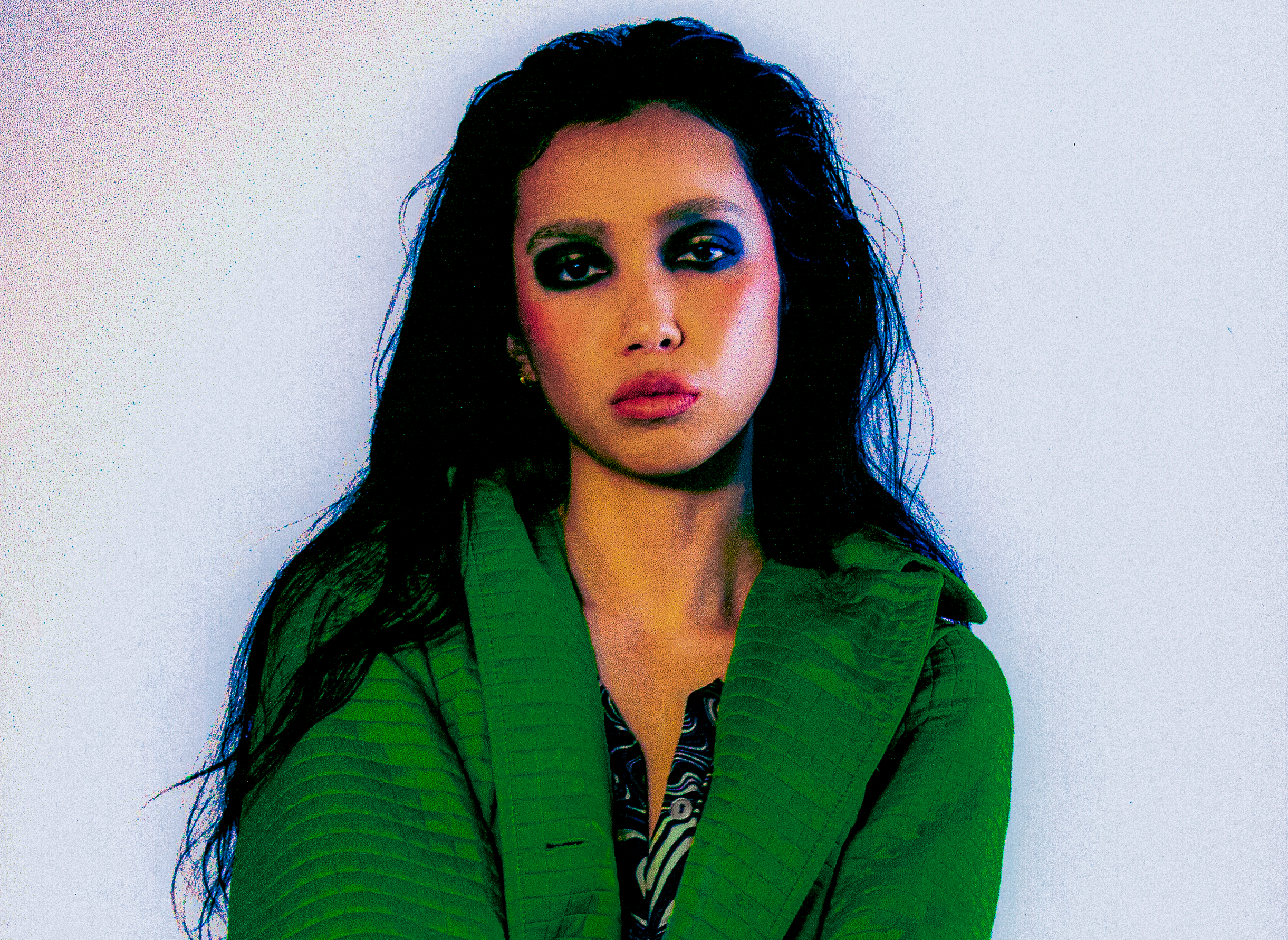 LA-based musician Wallice shares her new single ‘Funeral’, the latest cut from her forthcoming EP, out this Friday May 6 via Dirty Hit. On the 90s American Superstar EP, Wallice envisions herself as a fictional celebrity idol, charting her own rise and fall across five tracks.

‘Funeral’ is the EP’s closing track, and sees Wallice’s protagonist craft a funny and slightly tragic tale in which she fantasises about her own memorial, a surrealist affair complete with her “casket in a muscle car.” Wallice plans the event as if it were her last big rock show – “don’t forget the camera crew” she begs.

“‘Funeral’ is a spin on the usual emotions and celebrations (or lack thereof) at a funeral– shifting the view to make it more like a concert. It’s taking the EP’s “larger than life” concept of being a celebrity (or at least trying to) and having this funeral be a massive party. I talk about having a pregame for the funeral, an open bar, a camera crew and rocking and rolling” says Wallice. “This is my favourite song I’ve ever written. We tracked live trombone, saxophone, flute, trumpet, I played cello, and then my guitarist Callaghan Kevany recorded an insane guitar solo at the end. It’s a marriage of my classical and jazz roots with the rock sound that I’ve grown into. I want people to dance to this song and have fun. Even though it’s a song about death, I don’t think it necessarily feels that way. Maybe we should shift the perspective of funerals to not be so sad.”