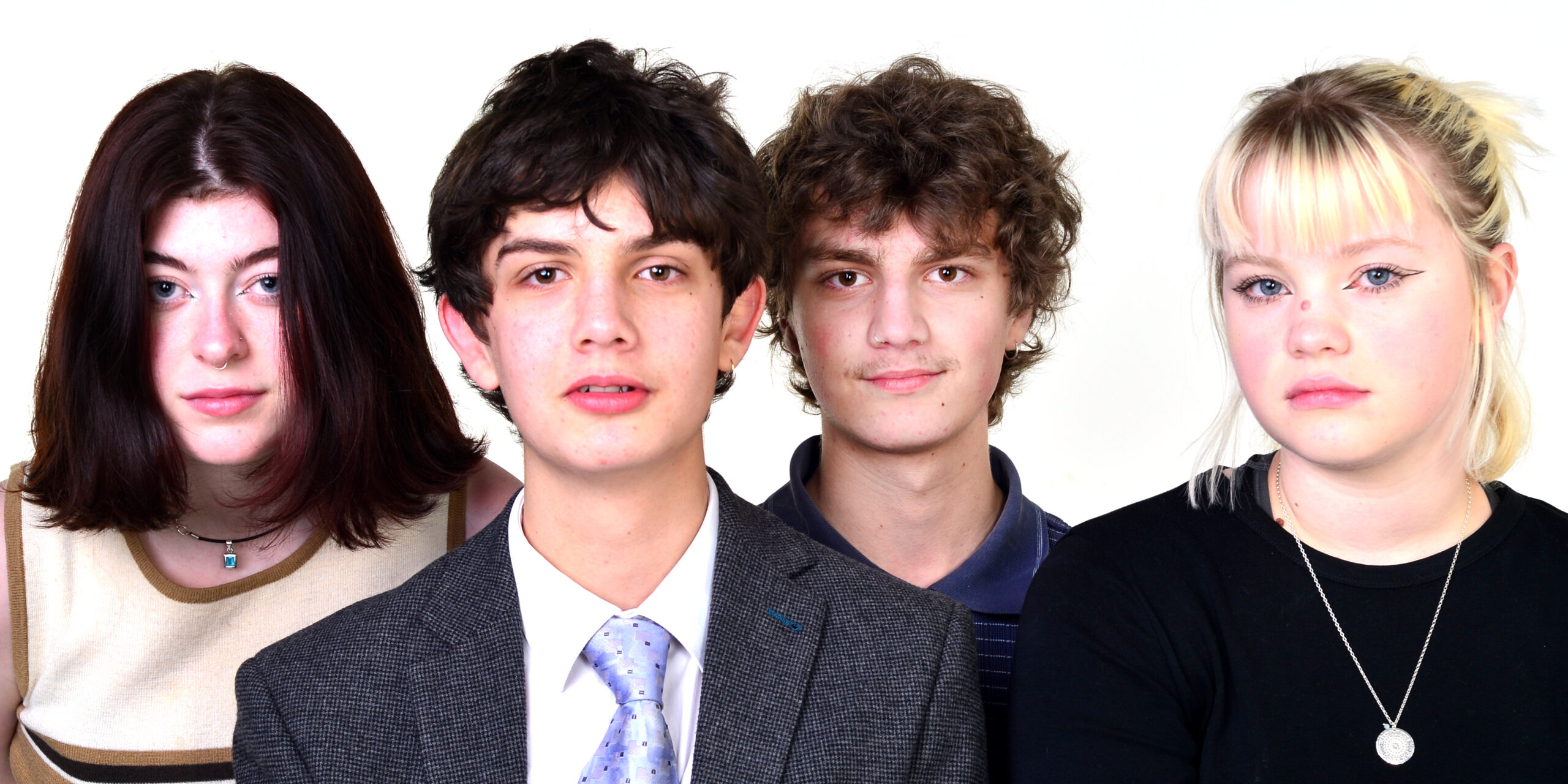 Debut EP By Cousin Sam from Anorak Patch is out now, and it’s about nothing in particular, with tracks that are bold, pretty, and influenced by repetition. It comes from Nice Swan Records that have worked with some of the UK’s hottest new acts including Sports Team, English Teacher, Silverbacks, FUR, Courting, Malady, and more.

It includes singles ‘Irate’, ‘Blue Jeans’, ‘Delilah’, ‘Cousin Sam’, and latest tack ‘Paris Will Be Paid For’ – further proof of why Anorak Patch are one of the UK’s most exciting bands to emerge in recent times.

We had a chat with the vocalist and keyboard player Effie all about the bands origins, By Cousin Sam, their creative process and more. Read the Q&A below.

Hi Effie! So first off, for folks discovering the band here for the first time, who are Anorak Patch? How did the band come to be and who/what are your biggest influences?

“We are a band ages 15-18 from colchester! We started the band late 2018/early 2019 doing predominantly covers, and then after our first gig started writing original songs like ‘Beans’ and ‘6 Week Party’. Our influences are very broad so it’s difficult to pinpoint specifics, but the entire post punk scene within recent years has been extremely influential for us!”

You’ve been creating quite a buzz in the music scene and have finally released your debut EP By Cousin Sam. What has that journey been like for you? How do you feel to have your first body of work out in the world and what do you hope listeners take from it?

“The journey of this EP has been a long one certainly, the last song on the EP has been in the making for almost three years now and has changed a lot along the way. It feels brilliant to see the EP in a real format with the vinyl, and we are so excited for people to hear it and we hope everyone enjoys it and sees the work that went into making it!”

Take us through the making of By Cousin Sam. What is your creative process like?

“Our creative process usually starts with Oscar and Luca coming up with an idea at home and then recording it and sending it over to me and Eleanor, we then try and figure out how to make it more structured and then I work on the melodies at home. It’s such a good feeling when a song finally comes together.”

You guys are passionate about economics, climate change, and even that Space Raiders cost too much money and should be free.

“We try our best to make efforts around climate change! This can be difficult when driving all over the country for gigs, although we try and share cars when we can and we are also all vegetarian! Luca has an obsession with Space Raiders and even got a Space Raiders t-shirt for his birthday!!”

Finally, what’s next for Anorak Patch? What’s the next step after finishing school..word domination?

“Hopefully more gigs, music and doing what we love which is playing! I’m off to uni in September so it will be a struggle to continue doing everything at the pace we are doing currently but we will manage and will continue to do our best to keep writing, releasing music and playing live!”