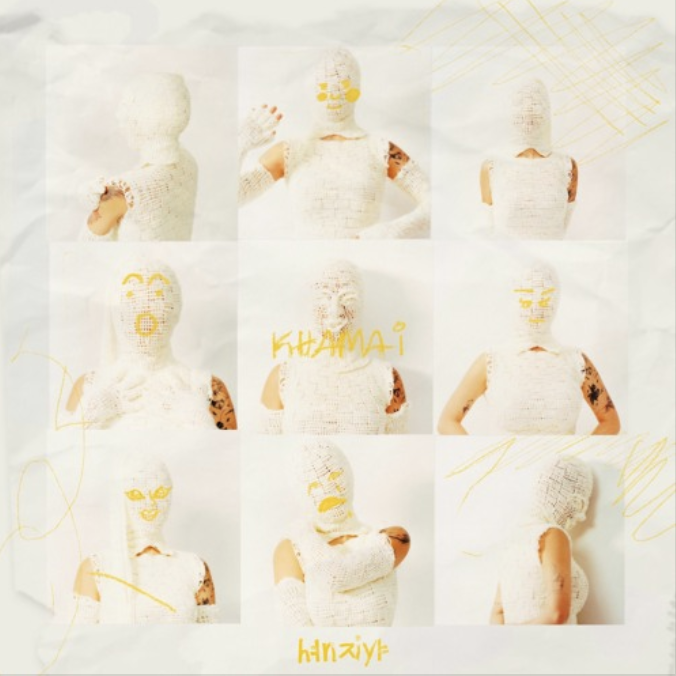 Hunjiya is beginning a new era in her musical career. After relocating to Korea for a promising opportunity to work with producer Millic’s independent label Paix Per Mil, she has opened up a new door to discovering her own identity, both as a musician and an individual. KHAMAI is the result of that exploration, an album named for the chameleon-like nature of finding yourself through ever-shifting identities. If it is a response to the age-old advice, “be yourself”, it is one that embraces self-acceptance but also challenges its simplicity. Hunjiya squarely refuses to exist in only one facet of her kaleidoscopic identity. KHAMAI will be released on July 13.

Hunjiya says of the album and new singles: “My new album is brimming with themes: Code switching- how you change yourself slightly depending on who you’re with and what is happening. The concept of a chameleon- how the animal changes colors based on what environment they’re in. In this case, I am the chameleon, and my behaviors, feelings, actions, etc. are all changing based on the situation. People give the advice of “being yourself” but they don’t talk about how there’s not just one version of yourself. There’s multiple that add up to who you are. As for the title itself, chameleon comes from the Greek word “khamai” meaning “on the ground, earth” and “leon” meaning “lion” (Hunjiya herself is a leo).

“For this album, I wrote all the songs, produced the majority, and then received help to solidify the songs from my talented collaborators.. For ‘FAVORITE’, producer Millic helped with finding instruments and samples that blended much better. For ‘TALK2ME!’, producers Millic, EOH, and IOAH helped with solidifying the instruments and the drum programming. My mixing engineer, James Fouren also helped immensely as he meticulously mixed all of the songs and made sure that I was involved within the process of it. I’m really grateful for all of these collaborators’ help and willingness to spend long, countless hours working on this album. The songs were truly able to come to life with their contributions.”

Grace Lightman announces her upcoming EP with the release of her new single ‘Catapult!’