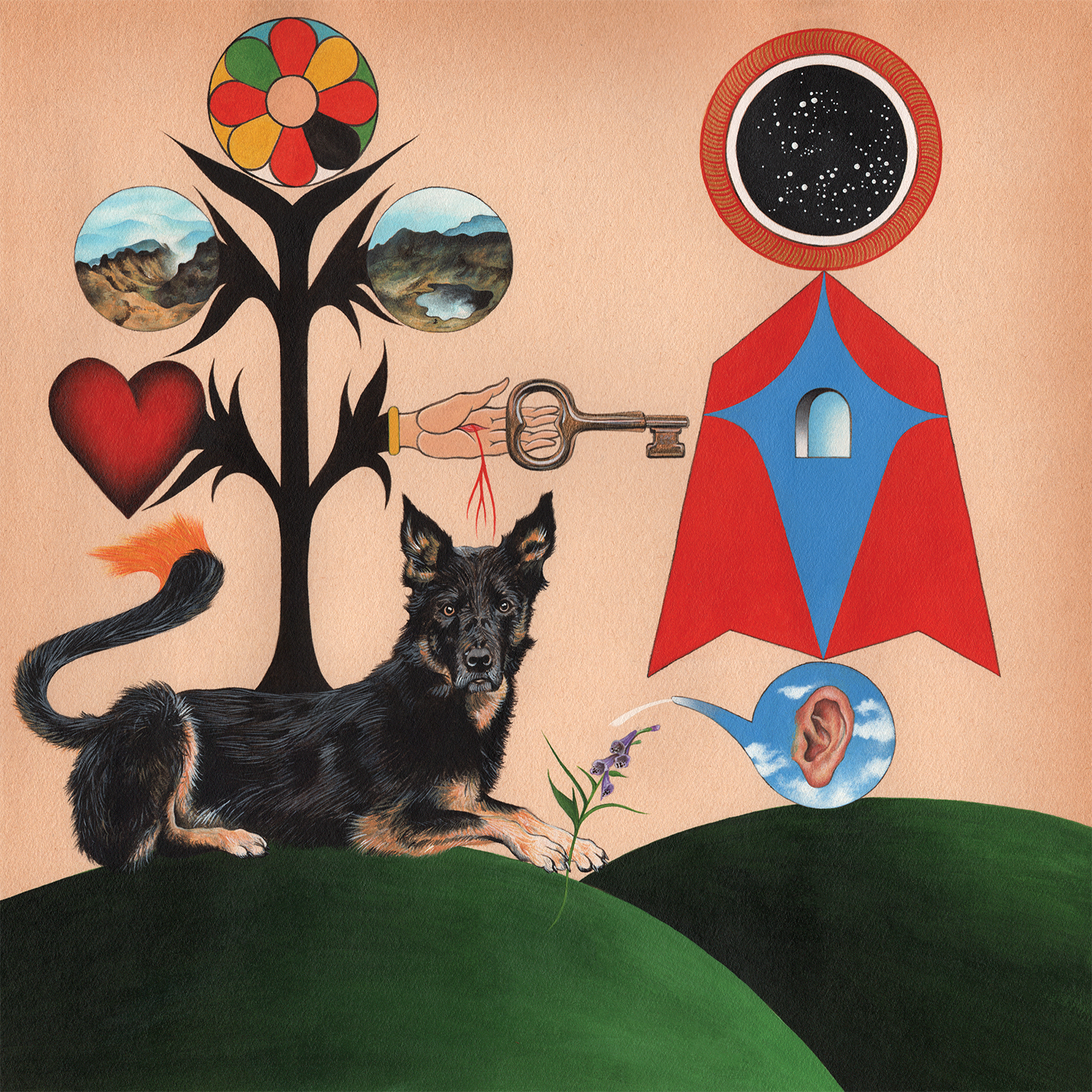 Four hours south of Portland, Oregon, the Rogue River flows right through the center of a small municipality called Shady Cove. This is where songwriters and multi-instrumentalists Sarah Rose and Sarah Nienaber, formerly of Candace, recorded the track that would become the name of their new project and self-titled debut, Shady Cove (out September 9); this is where, in an unassuming cabin, the two seasoned collaborators began exploring desire’s revolutionary potential and the nomadic impulses borne of creative restlessness and the claustrophobia of city life.

“We were not writing these songs with the idea of a band in mind,” says Sarah Rose, describing how the album came together. “It felt like these songs wanted to belong to something new, rather than the continuation of a previous project.” Across Shady Cove’s eleven tracks, Nienaber and Rose are hitting upon vibrations more intimate but no less immediate than those explored with their prior band, nudging guitar-driven dream pop into softer and more diffuse territories. To further emphasize her point, Rose concludes, “moving forward artistically feels like the only option.”

Shady Cove’s latest single ‘High Divide’ is about the impact that dreams in childhood can have on one’s dreams as an adult. The song began as a simple melody and lyrics in Sarah Rose’s head. “I had been sitting with the lyrics and melody for months,” Rose explains. “I was constantly singing it under my breath everyday until it came together. I waited until the version I could hear in my head felt nearly complete before sharing it with Sarah. I really thought no one would ever hear this one, but it turned out to be one of my favorites on the record.”

Chris Bierden (from the band Poliça) lent additional production to the song. The single is accompanied by a video directed by the band, showcasing their favorite “haunted” spots in Central Oregon. “There was a great deal of trespassing involved,” Shady Cove admits.