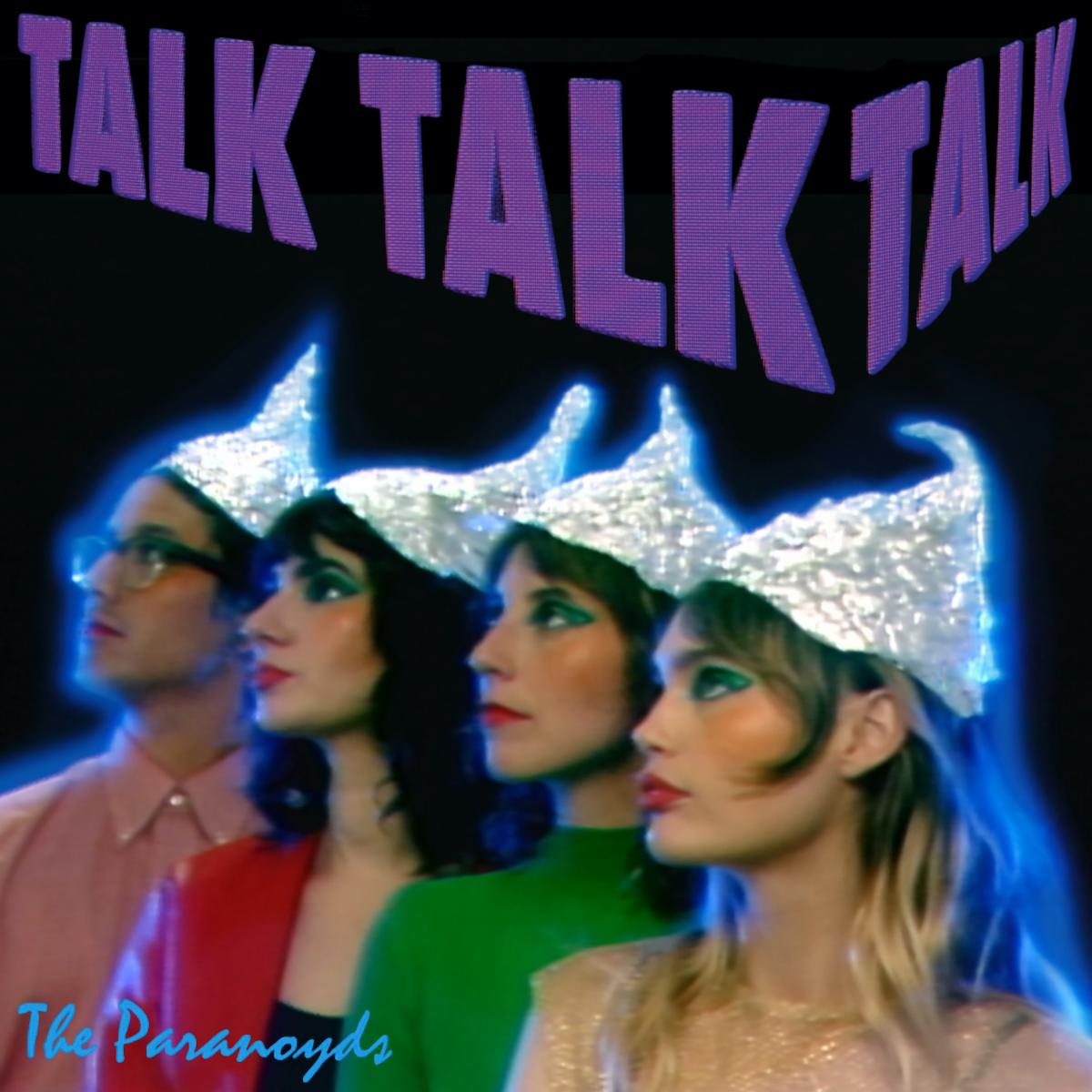 LA-based garage rock band The Paranoyds announce their sophomore LP, Talk, Talk, Talk, due out September 9 via Third Man Records. Along with the announcement, the band shares their gritty first single from the forthcoming project, ‘Lizzie,’ with its accompanying video that turns back time to the 80’s.

The Paranoyds, who recently opened for Jack White in Los Angeles, are Southern California DIY rock royalty, unafraid and unapologetically in perpetual pursuit of a good time. Fueled by the fiery energy of their live shows paired with raw lyricism and subtle societal commentary, The Paranoyds are ready to take their artistry to new heights. The four-piece is made up of Laila Hashemi (keyboardist-vocals), Lexi Funston (guitars/vocals), Staz Lindes (bass/vocals) and David Ruiz (drums, vocals) who together masterfully blend light-hearted playfulness with sharp sincerity over fuzzy guitar, dreamy vocals and punchy, punky rock-n-roll.

‘Lizzie,’ the first taste of what’s to come from the band, is a gritty, lo-fi punk track that launches the four-piece into space. The band sings over grainy electric guitar, “Cosmically I don’t believe in sights that remain unseen / Unfounded memories from 1950 / Panhandling fantasies of a higher being / Why can’t she just believe in me?”

The track dives into the celestial realm of an otherworldly crush. Funston explains, “She’s cute, she’s passionate, she’s dedicated to her art, but there’s this one thing. She’s a walking contradiction. How does she consistently act in roles, where she plays a truth-seeker, a down-to-earth, relatable woman who’s usually trying to escape some sort of oppressive event or oppressive relationship and then in real life be completely bound to a religion with foundations that are essentially a science fiction novel?”

The track’s video, directed by JJ Stratford, sees the band presented on an old TV donning silver costumes, ornate headwear made of tin foil and robotic movement. It’s a retro futuristic daydream that calls back to visuals of decades past–it’s nostalgic, while imaging what the future may look like.

The creation of the track itself painted a clear, 80’s-inspired picture of what the visuals would look like. The band explains, “When we were recording ‘Lizzie,’ we knew we wanted it to sound like what people in the early 80s might have thought the not-so-distant future could look like. I think we might have said something like ‘Terminator’ and ‘Alien’ to our Director, JJ. She was able to spin those references and create an oddly delightful, intergalactic world, with an American Bandstand-type performance on a spaceship, which ends in our band being abducted by a “5G” goddess.”

Stratford adds, “I really wanted to work with The Paranoyds, because they have a Devo vibe that’s mutated into something so modern and wonderful. It’s what this world needs. There’s even a few Easter eggs in the video that point to our De-evolution.”

Talk, Talk, Talk, the sophomore album from The Paranoyds gives the band space to expand, evolve and above all, have fun. Over 11 tracks, the band experiments with sounds that span an eclectic array of genres–from jazz, to lo-fi punk-rock, to groovy R&B–that melt together showcasing the innovative range of The Paranoyds.

BERRIES announce debut LP How We Function; release new single ‘We Are Machines’