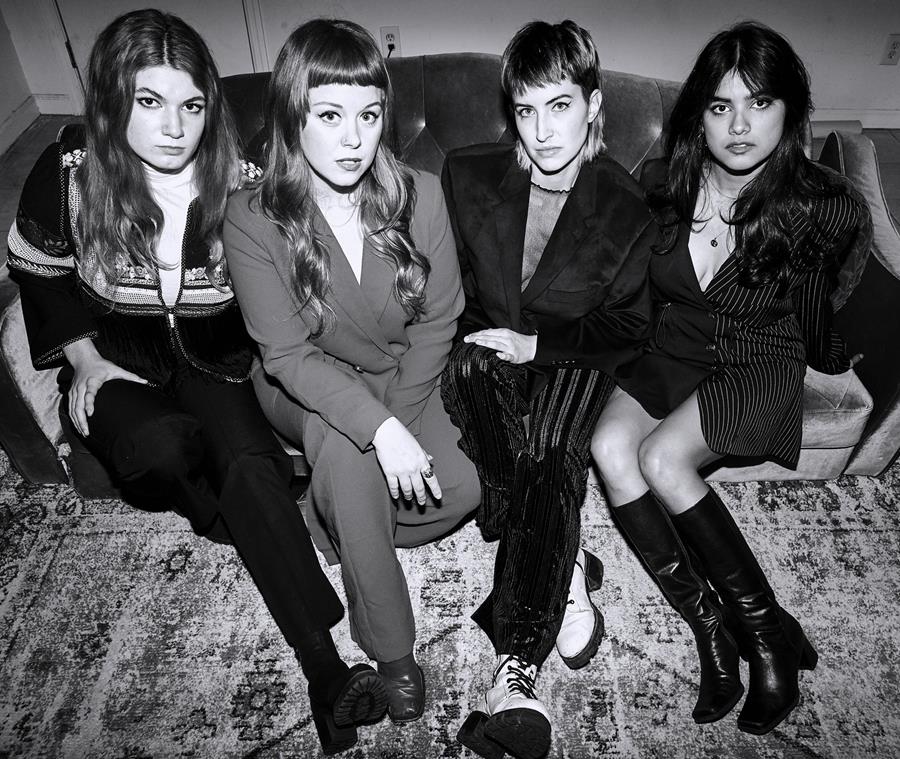 Brooklyn band Razor Braids shares a new single, ‘Kellogg’s,’ it’s a break-up song that anyone who’s ever spent any time late at night in Brooklyn will be able to identify with vividly. It’s the first new music from the band since its debut LP, I Could Cry Right Now If You Wanted Me To, from last year.

Lead vocalist and bassist Holly Bynum had this to say about the track: “I wrote these lyrics when I was going through a really tough breakup and shortly after experiencing a traumatic head injury. It’s one of those moments where you say to yourself, “How did I get here?” Years later during the initial Covid shutdown, I revisited this song when I was far away from my band and feeling a similar feeling of “what the fuck is going to happen next?” I think, along with the rest of the world, I was confronted with the realization that shit is out of my hands and ultimately had to learn to lean into that.”

Rhythm guitarist and vocalist Jilly Karande added: “A lot of this song is me asking questions. Hollye sent me the bones of ‘Kellogg’s’ that she had recorded with Janie while we were still in lockdown. I had just gone through an unexpectedly shitty breakup and had so many scary, uncertain feelings both about my personal life and then the world at large. This song felt like a space where I could at least try and ask all those questions and maybe in doing so accept that I don’t have all the answers.”