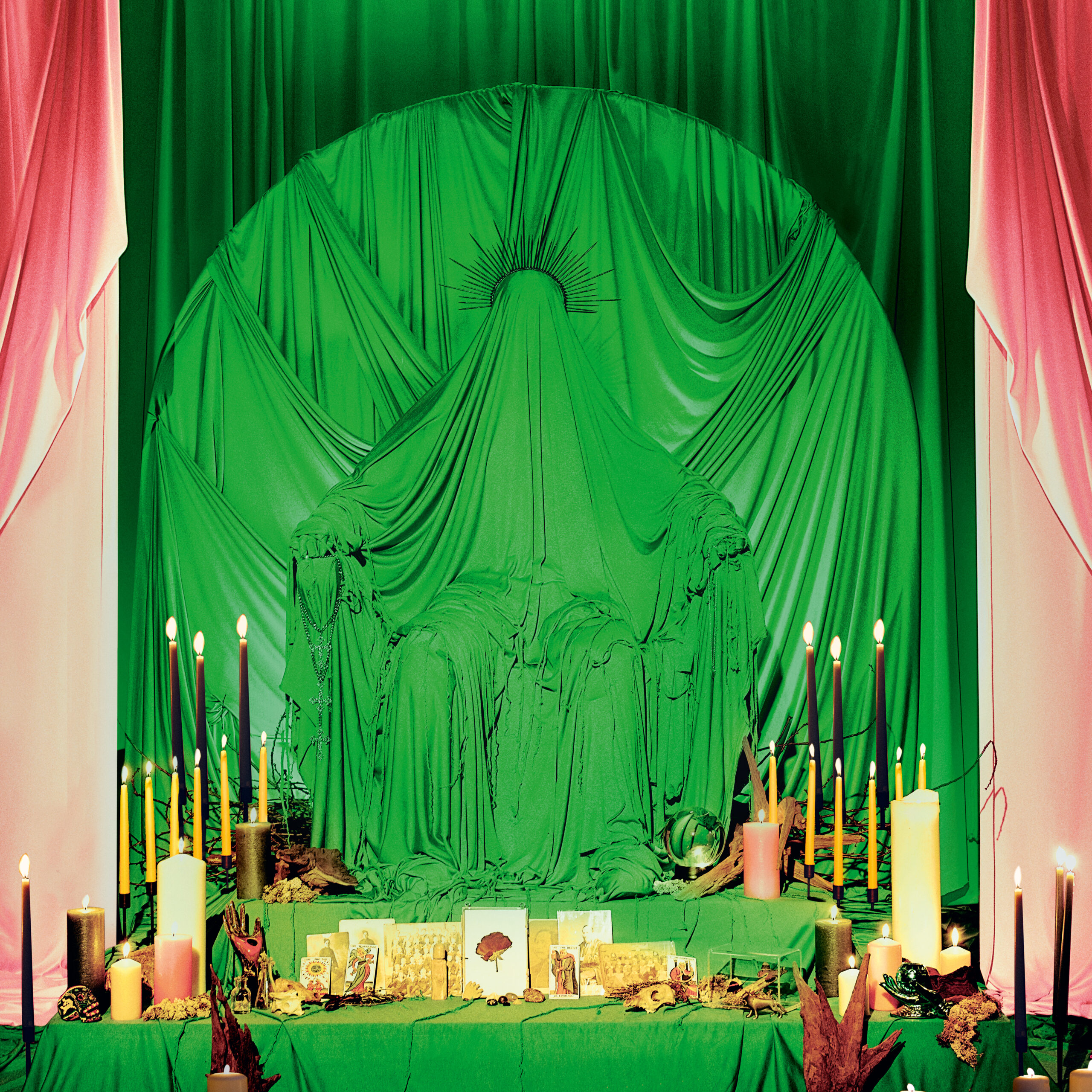 Forming through Manchester’s close-knit alternative music scene in 2017, Witch Fever have a reputation for making riff-heavy, lyrically furious music that consistently bursts out of the confines of one genre, and today they announce debut album Congregation that’ll be released October 21 via Sony’s Music For Nations.

Congregation captures the 4 piece at their heaviest and most challenging yet. Produced by Pigs x7’s Sam Grant at Blank Studios in Newcastle, the album’s 13-tracks incorporate everything from sludge to new wave without lingering in one sound for too long – as a result, every track is built like a brick house – strong riffs and rhythm, but plenty of space within.

The title-track marks a complete departure into delirious post-punk, dragging along at a stalking pace with a sludgy Warpaint-inspired bass riff. Singer Amy Walpole’s voice has also evolved in every respect – the rasps are raspier, the screams more guttural, and the melodic moment cut through with a powerful grace and clarity.

On the single, Walpole said, “This is Alisha’s personal fave! It marks a new step in our development as songwriters as it’s something different from what we’ve done before. We allowed ourselves to experiment with space and dynamics and we love it!”

For the video, it was one of the first times the band worked with such a big team and the result is a polished, high fashion look, styled by Matt King who was behind ‘Blessed Be Thy’ as well as shoots with Shygirl, and Bimini.

Lyrically, Congregation draws largely on Walpole’s experience of growing up in a Charismatic Church – a form of Christianity that emphasises the work of the Holy Spirit, spiritual gifts, and modern-day miracles. She left the church when she was 16, and her parents followed suit two years later. Guitarist Alisha Yarwood also grew up in a church, though not to the same extent as Walpole, and all members agree that the themes of the album – control, abuse of power and patriarchal violence – resonate beyond a religious framework.

Refusing to be confined by gender or genre, Witch Fever have always defied expectations as individuals in society. Now, they’re defying expectations as a band. Congregation is the sound of punk without boundaries of any kind, and with it they are ushering in a new era of heavy music that’s accessible, confrontational and, most importantly of all, a huge pressure release.