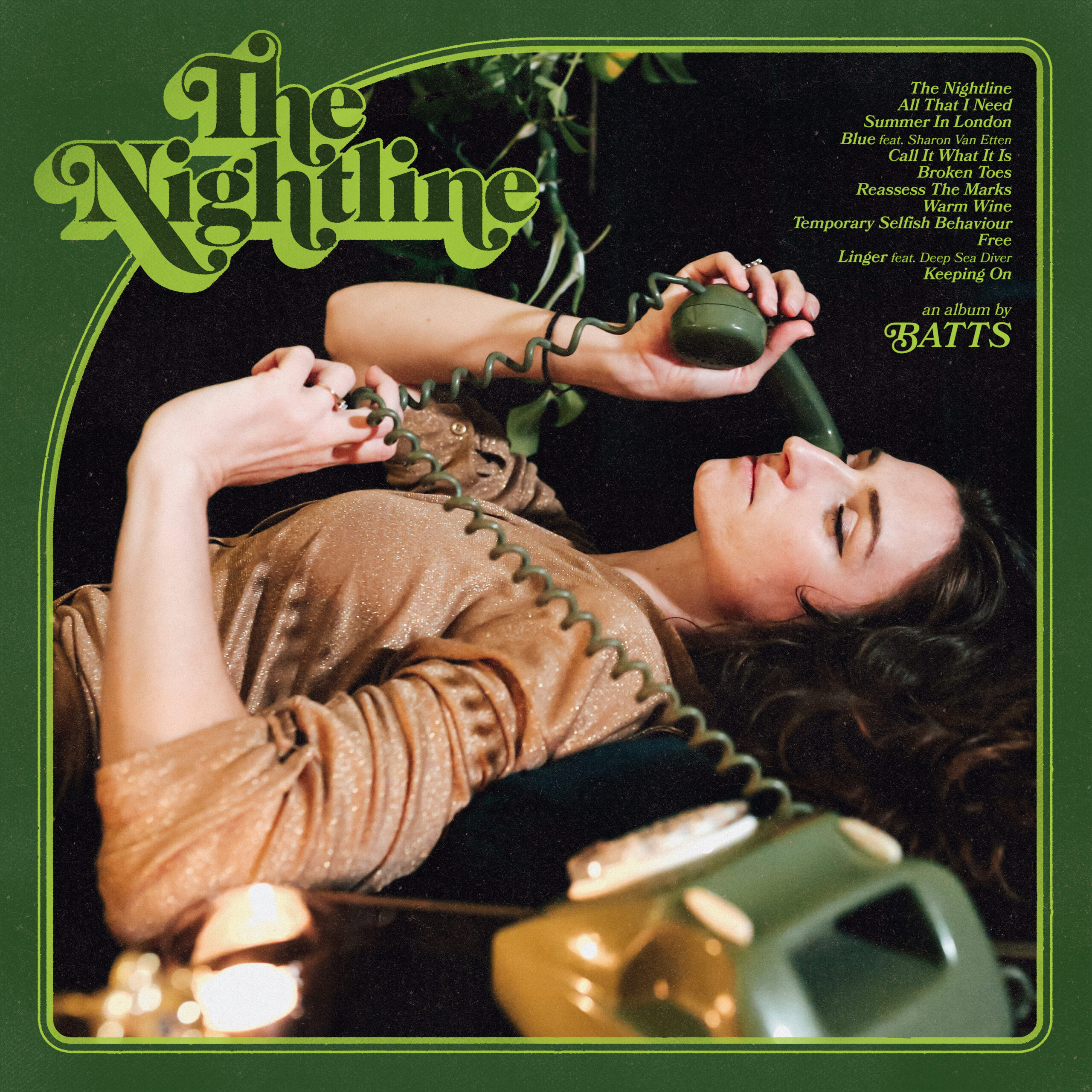 Tanya Batt aka BATTS is excited to announce The Nightline; her second album, set to be released October 14 via Mistletone / I Feel Fine Records. The album includes the previously-heard Sharon Van Etten collaboration ‘Blue’, plus brand new single ‘Call It What It Is’.

‘Call It What It Is’ is a self-professed call out song for people to be better during difficult times. To stop living in fear of saying the wrong thing and to just be there. Sit in the uncomfortable if you must, but be present with the ones that need you. BATTS began writing ‘Call It What It Is’ after she was hit by a car. A badly injured left hand left her unable to play guitar, so she turned to piano and wrote the song using just her right hand. It was refined and refined until BATTS went back to basics to find the perfect tempo and create the drum loop that gave it the trip-hop feel it has now. Leaning heavily on the synths by Ross Beaton throughout, BATTS wanted ‘Call It What It Is’ to feel large and to make people feel the urge to move.

“I find moving and dancing to be so healing. I really wanted to create a song that hits you right in the chest and makes you want to move every part of your body,” explains BATTS. “This song feels like a fierce sort of movement, like you really need to move to the sounds. They aren’t pretty, they are forceful in a releasing sort of way and perfectly placed together to help you move. I hope this song helps people get something out, release something from their body they have been keeping inside.'”