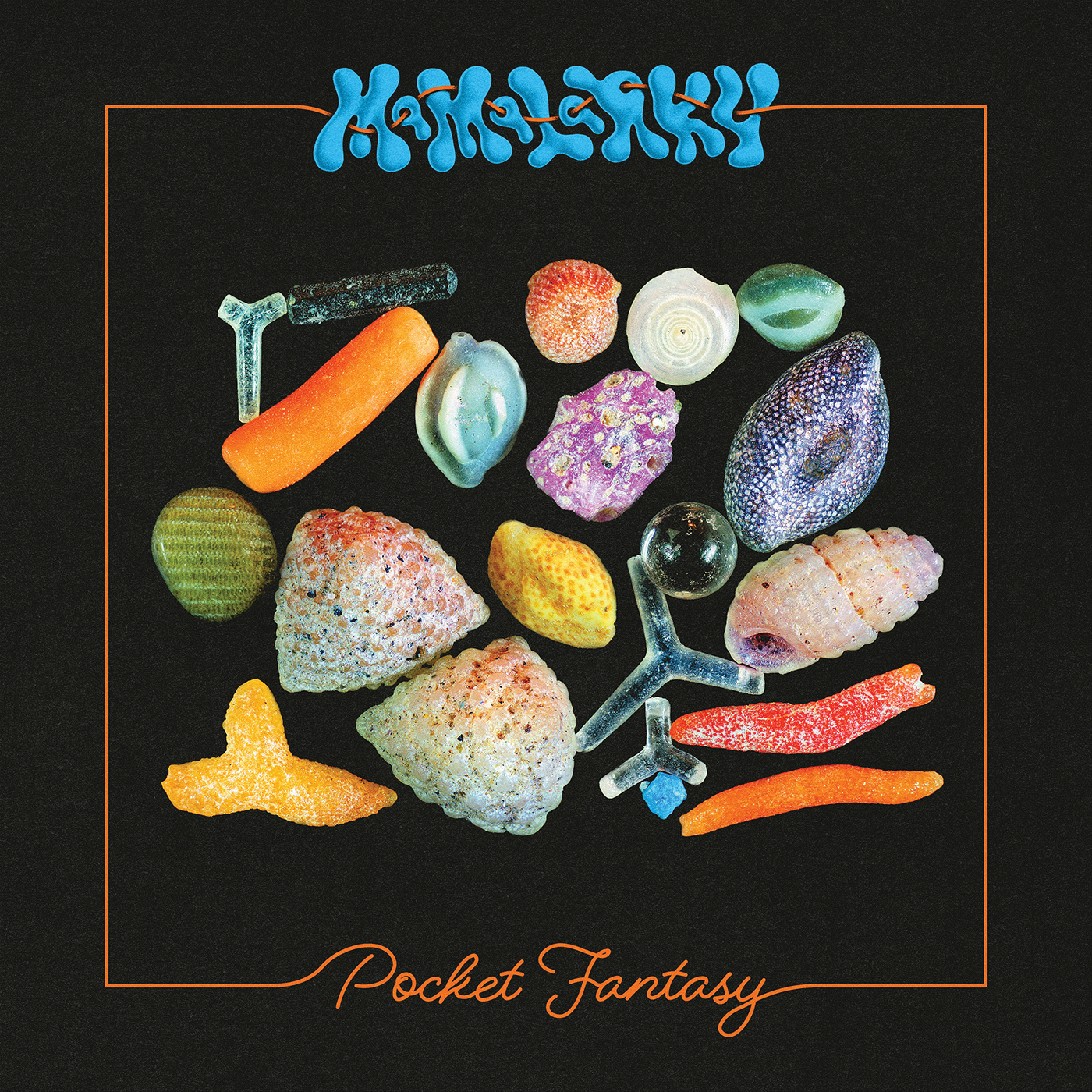 Mamalarky have announced details of their new album Pocket Fantasy for September 30 release on Fire Talk Records, along with a first single and video entitled ‘Mythical Bonds.’

Six months into the pandemic, three-fourths of art-rock band Mamalarky plunged into a new experiment and moved in together. Guitarist-vocalist Livvy Bennett and keyboardist Michael Hunter drove across the country, decamping from Los Angeles to bassist Noor Khan’s hometown, Atlanta. In September 2020, the trio rented a giant old house with vaulted ceilings, a tire swing, and a bare-bones little studio room. There, the band made its largely home-recorded new album.

The resulting album, Pocket Fantasy is a perfect sunny-day record – imaginative and introspective, an enveloping listen of sky-high hooks and keyboards that soar with joyful abandon. Its twelve kaleidoscopic tracks shape-shift aesthetically and thematically, through ideas about death and impermanence; love and gratitude; nature and technology; humour and hope.

The band share a playful ode to their friendship with new single ‘Mythical Bonds’, which comes alongside a video directed by Ambar Navarro (Soccer Mommy, Cuco, Moaning).

“I really needed to write something to accurately show Noor how much her friendship means to me, and our journey as musicians and friends,” Bennett reflects. “We need more songs about friendship. In peak album-making mode we were churning out songs, at times to the point of delirium. So we decided to shake ourselves loose and make this serotonin rock song about how much we love each other–to push past all those hunched-over studio hours and create this little summer memento. At the time we were having a lot of pond, lake and pool-side hangs, laughter under the beating heat. At the end of those days all we wanted to do was come home and synthesize those feelings in our studio.”

Forever Honey share their new single ‘I’ve Been Down’