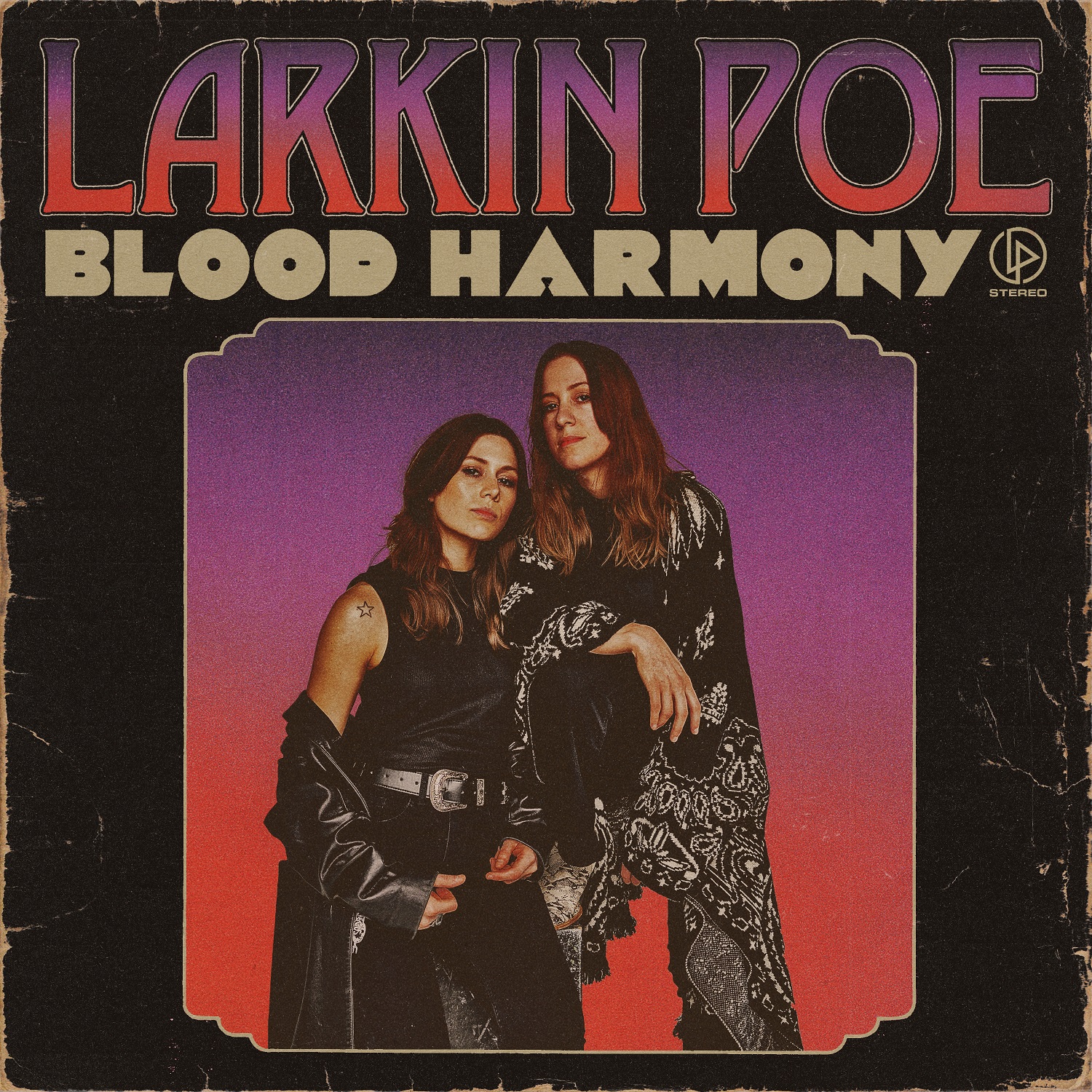 “Ever since I heard ‘I Put a Spell on You’ by Screamin’ Jay Hawkins for the first time I’ve wanted to write a female response to it,” says Rebecca Lovell. “I’d had the title ‘Bad Spell’ in my journal for years, and it was so fun to create a song where the riffs and guitar tones have that singular purpose of nastiness and swagger.”

Blood Harmony affirms Larkin Poe as an essential force in shaping the identity of Southern rock ‘n’ roll, breathing new energy into the genre with both forward-thinking perspective and a decidedly feminine strength. In a departure from the self-contained approach of past albums like 2020’s Self Made Man, Larkin Poe co-produced the new album alongside Texas-bred musician Tyler Bryant (also Rebecca’s husband). With Megan handling harmony vocals, lap steel, and resonator guitar and Rebecca on guitar and keys, Larkin Poe also enlisted members of their longtime live band, including drummer Kevin McGowan and bassist Tarka Layman. Mainly recorded at Rebecca and Tyler’s home studio, the result is an electrifying new work that fully harnesses the fiery vitality they’ve shown in touring across the globe, imbuing their songs with equal parts soulful sensitivity and thrilling ferocity.